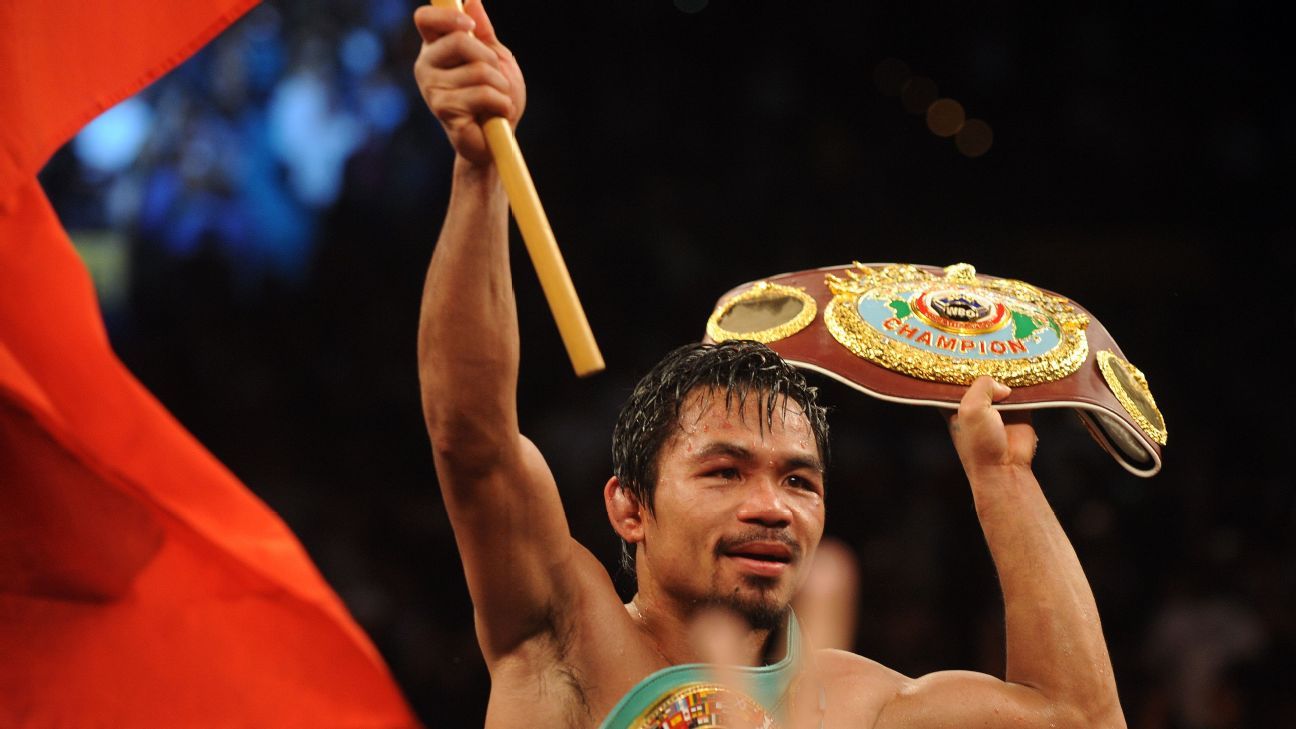 “It is difficult for me to accept that my time as a boxer is over,” Pacquiao said. “Today, I am announcing my retirement. I never thought that this day would come. As I hang up my boxing gloves, I would like to thank the whole world, especially the Filipino people, for supporting Manny Pacquiao.”

Pacquiao (62-8-2, 39 KOs), 42, of the Philippines, won 12 major titles in his career and was lineal champion in five different divisions. He also held titles in four different decades (’90s, ’00s, ’10s and ’20s). Pacquiao, a member of the Philippine House of Representatives, recently announced he is running for president of his country in 2022.

Many in the boxing world, from fellow fighters to boxing insiders, shared their emotions and praised the legendary boxer for his successful and incredible career.

A highlight reel for the ages.

One day I’ll be telling my grandkids that I fought on the same undercard with the great Manny Pacquiao. pic.twitter.com/Rp80unw6YM

Thanks for the memories champ, end of an era! My favourite fighter 🥲 enjoy retirement PAC-MAN 💥🥊❤️ https://t.co/1has405oUX pic.twitter.com/yyrUs0sTiW

Boxing Will Miss You @MannyPacquiao

Thankyou For Everything You Did For My Career 🥊 #Legend pic.twitter.com/ODbkngmDEa

Crying real tears after watching @MannyPacquiao‘s retirement video 😭😭😭 Man, he will be missed. So so thankful to have witnessed his journey from the front row for so many years. More later but for now, God Bless you and your family Manny. THANK YOU for giving your all🙏🏼

What you’ve accomplished will be timeless! Thank you for sharing your abilities with the world in that ring!
My friends, family and I feel very lucky to have lived through your time in the game. 💯🙏

End of an amazing era in the sport. I was privileged to announce a number of Manny’s fights. It was always fun. https://t.co/699TQD3Yzq

Thank you Manny! You wowed fight fans around the world for over 25 years. You fought the world’s best and you always gave your best. An incredibly humble and honorable fighter who always fought for his country of the Philippines.Boxing will miss you Manny! You were one of a kind https://t.co/b4ligEr1qS