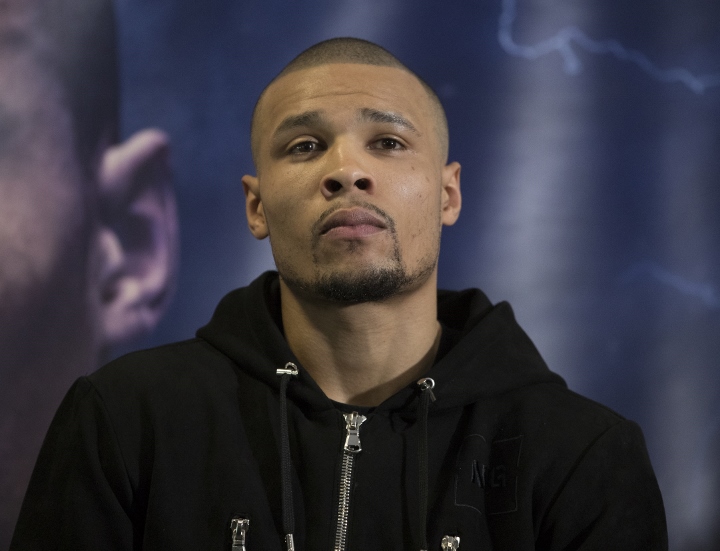 Chris Eubank Jr. says he believes an impressive win over Anatoli Muratov on Saturday will set him up for a big fight in December, which can get him the world title fight at middleweight that he has always wanted.

Muratov, the WBA’s No 7 middleweight contender, stepped in to face the 32-year-old at Wembley Arena when his fellow German, Sven Elbir went down Covid.

But Eubank, who has only boxed once in nearly 22 months, says this will not be his last fight of 2021 and says there are plans for a big fight in December. Liam Williams, the two-weight British champion who went the distance with Demetrius Andrade for the WBO title in April is among the names that are rumored.

But after a difficult year that has seen Eubank suffer a family tragedy when his brother, Sebastian, died in Dubai and has also seen him suffer from Covid himself, Eubank is pleased to be getting his career back on track.

“December – that will be a big fight, a world title fight or a big name,” Eubank said. “I want to fight at least three times this year and I want to be active. That’s the plan we are sticking to it.

“Some people might say why not take a big fight now? But I had some family issues, some personal issues recently and I also got Covid very bad and got sick after I got rid of Covid. You don’t go into a huge fight after the things I have been going through the last few months. This is a good fight to get me back into the swing of things and then I will be ready to go in December.”

Eubank has had his WBA interim title replaced by a spot at No 1 in the governing body’s ratings, but with Ryota Murata, the WBA champion, and Gennady Golovkin, the IBF champion, is expected to clash in December, Eubank may be made to wait. He was being lined up to face Jermall Charlo, the WBC champion, two years ago, but he insists he is not bothered who his chance comes against.

“That’s what they said they are going to do – let’s see.

“It doesn’t matter who I think is the best, it is all personal opinion. If you have the belt, that is all I am interested in, I’m not looking at the man. It comes down to business or belts, or both. In December it will be business or belts.”