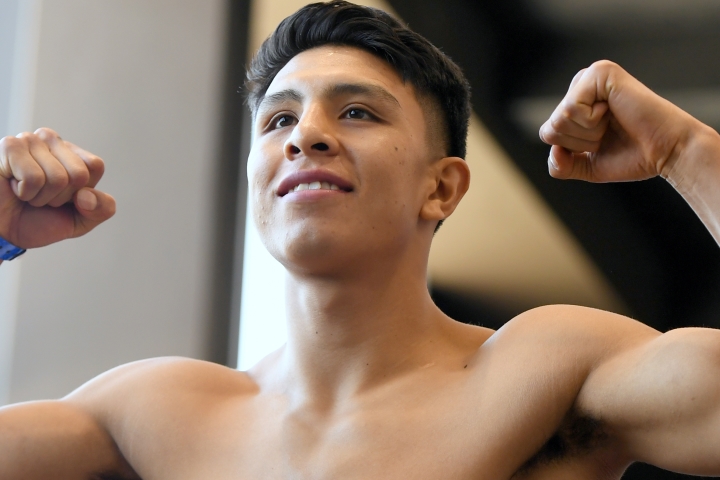 Jaime Munguia and Gabriel Rosado have a home for their middleweight showdown.

The aforementioned bout headlines a November 13 show on DAZN, which will air live from Honda Center in Anaheim, California, Golden Boy Promotions confirmed Thursday. It will mark the first boxing event at the venue since the pandemic, with Golden Boy also taking the lead for its previous offering last February.

“We are excited to give fight fans a great show between two warriors of the sport at Anaheim’s Honda Center,” Oscar De La Hoya, Chairman, and CEO of Golden Boy said of returning to Anaheim. “The event is going to be full of non-stop action between two fighters who are willing to leave everything in the ring.

“It’s going to be a great night for fight fans, another great showing for Golden Boy boxing in Southern California.”

Ryan Garcia (21-0, 18KOs) headlined the last boxing card at the Honda Center, stuffing the venue to the gills for his first-round knockout of Francisco Fonseca last Valentine’s Day. The Honda Center hadn’t previously hosted a boxing show since August 2016, though is back in business for this intriguing middleweight affair.

Talks for Munguia-Rosado initially took shape shortly after both appeared and won in separate fights on the same June 19 DAZN card at Don Haskins Center on the campus of the University of Texas at El Paso (UTEP).

Rosado jumped at the opportunity to appear on the show, having long sought a showdown with Munguia as far back as the moments immediately following his disputed twelve-round, split decision defeat to former middleweight titlist Daniel Jacobs last November in Hollywood, Florida. Both Rosado and Munguia previously confirmed that talks were underway for this potential matchup, which now has the finish line in sight.

“In talks with Golden Boy to make this epic fight happen in the fall,” Rosado confirmed earlier this summer. “The people want it. It’s time to deliver!”

“Let’s make it happen,” Munguia replied via social media, the short-and-sweet message accompanied by photos of the two boxers face to face following their respective wins in June.

Munguia has stopped his last four opponents, including three straight since moving up to middleweight last January. Prior to the move, Munguia crammed five title defenses in a fourteen-month span after claiming the WBO junior middleweight title in a May 2018 stoppage win over Sadam Ali.

The bout moved forward despite an order for the WBC calling for Munguia to enter negotiations with three-time middleweight title challenger Sergiy Derevyanchenko. The title eliminator was ordered though eventually tabled, as Munguia was already committed to the fight with Rosado and was waiting on a fight date. The unbeaten Mexican gave his word to the WBC that he plans to revisit a title eliminator with Derevyanchenko should he beat Rosado.