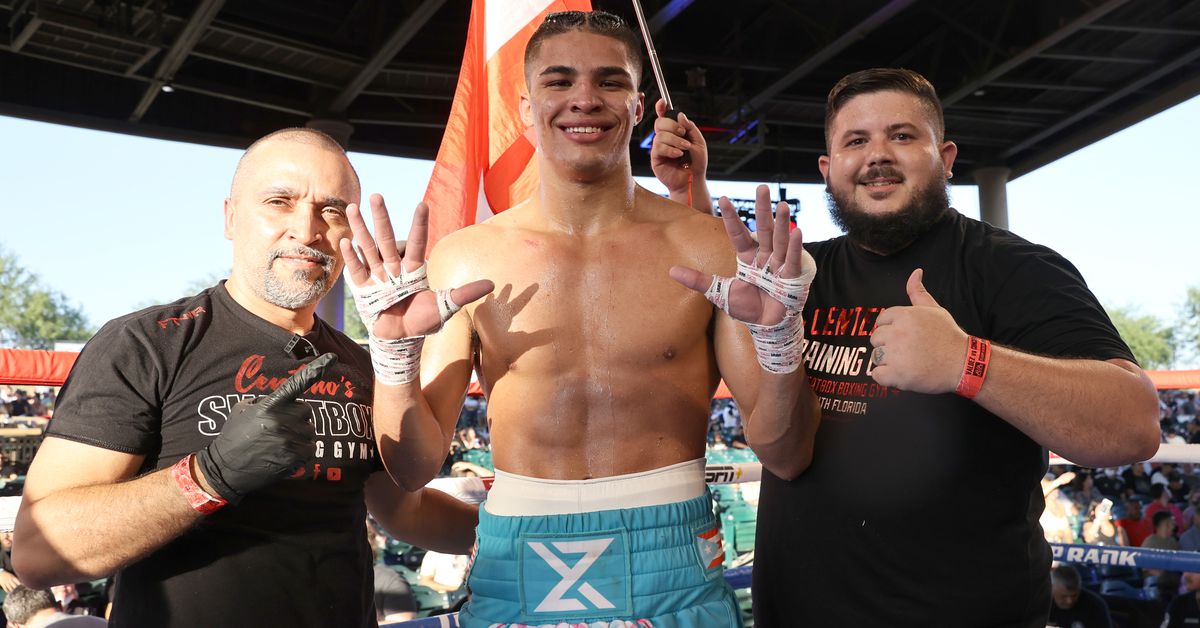 Now two years into his professional career, Zayas (10-0, 7 KO) has been nothing if not active. He’s already fought four times in 2021, including a decision over Jose Luis Sanchez, who was coming off a draw with Adrian Granados, earlier this month on the Oscar Valdez-Robson Conceicao undercard. Karpency (9-3-1, 4 KO) hasn’t fought since February of last year and has just 13 fights in eight years as a pro, but the press release brags about how he’s never been stopped.

Zayas said, “I am grateful to Top Rank and ESPN for this opportunity. Fighting underneath a main event like Herring-Stevenson, in front of the great Atlanta fans, is an honor. It will also be my first time fighting on ESPN as a co-feature, and I will not disappoint. My goal is to win Prospect of the Year, and I’m coming to Atlanta to put on a spectacular show. Don’t miss it.”

Ali Walsh (1-0, 1 KO) is Muhammad Ali’s grandson, which the broadcast will remind you of approximately once every five minutes, and faces an unknown 36-year-old in Westley (1-0, 0 KO) who had his first-ever fight in June.