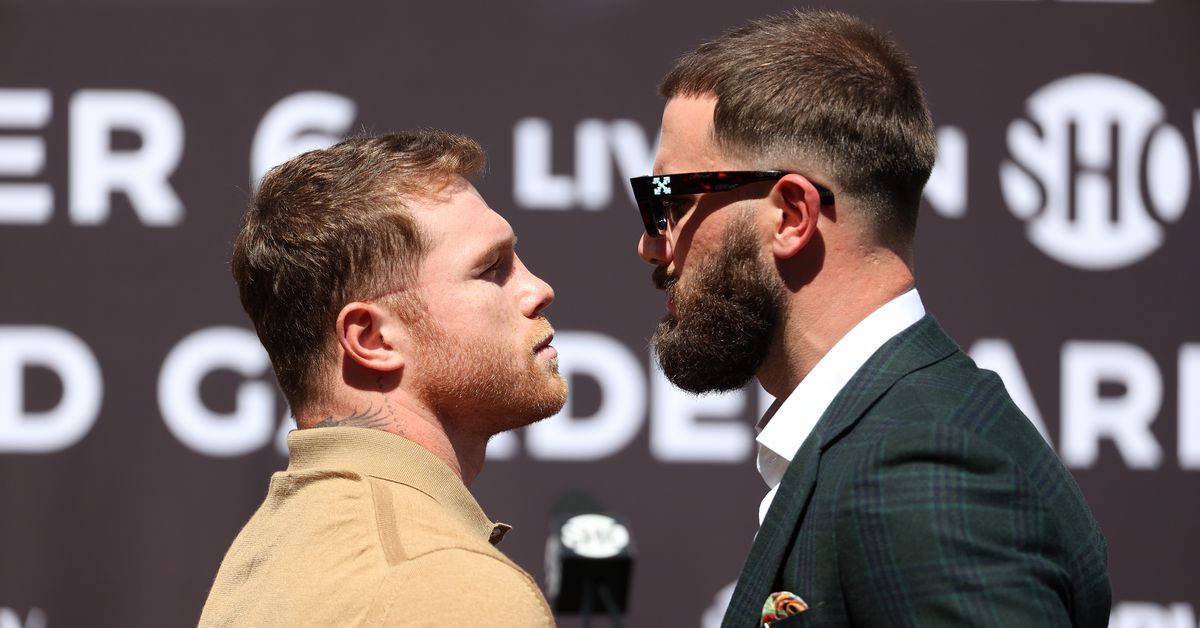 In a conversation with Marcos Villegas of Fight Hub TV, boxing analyst Timothy Bradley gives his take on the undisputed super middleweight unification between Canelo Alvarez and Caleb Plant. Bradley isn’t giving much of a chance to Plant in this fight, and says what we’ve been hearing all over the boxing world — that David Benavidez is the fight to make for Canelo. Here’s some of what Bradley had to say below…

“He going to sleep. He makes too many mistakes. Caleb Plant, to me, honestly — and this is my opinion, nobody has to think what I think — he’s like a street baller with all the skills in the world, you know, but he ain’t gonna make it to the league. He got all the skills, flash, crossover, behind the back passes and all that — he got all the skills, he does. But there’s holes that I see that he can’t do against Canelo. Canelo’s too smart. He don’t have the IQ to beat Canelo. It takes a guy with IQ to beat Canelo.

“Charlo can’t beat him. Charlo already passed on the fight, man. Charlo was offered money to fight Canelo, and he passed on it. He said ‘no thanks.’

“‘Boo Boo’ (Andrade), [shakes heads]. Benavidez is a guy I want to see Canelo in the ring against. That’s the guy. That’s the guy because he’s young and ambitious and when you young, you don’t know any better. And sometimes not knowing any better is good, it works for you. The fact that his big, he’s 6ft, long reach, speed, punching power, comes forward…makes for a very entertaining fight.

“Now do I think he can beat Canelo? I don’t think he can but it’s not like a foregone conclusion that he can’t…Canelo finds places to hide inside the ring, he’s smart. He’s comfortable against the ropes, he can counter and make you miss, take the air out of you, discourage you a little bit because you keep missing shots. But this young kid is gonna keep coming and coming and coming, so that makes it interesting. Now if Canelo wants to sellout Cowboy Stadium, fight Benavidez — that’s the real champion, not Caleb.

“And no disrespect to Caleb, Caleb’s a good fighter, he’s a champion…but Benavidez, he lost his belt on the scale. He ain’t lose it in the fight. So he’s the champion in my eyes in the division, and I think he’s the best guy in the division at 168 next to Canelo. So I want Canelo to fight him.”

Richardson Hitchins: Prograis is Realistic Matchup For This Year or Next
Broner: I had to dig myself out of dark place, now I’m ready to go
BN Preview: It’s risky business for Anthony Yarde as he confronts the fearsome Artur Beterbiev
De La Hoya admits to making pitch to Crawford, believes he can deliver big fights
Editor’s Letter: Yarde’s performance against Beterbiev demonstrated not only his quality but the importance of experience