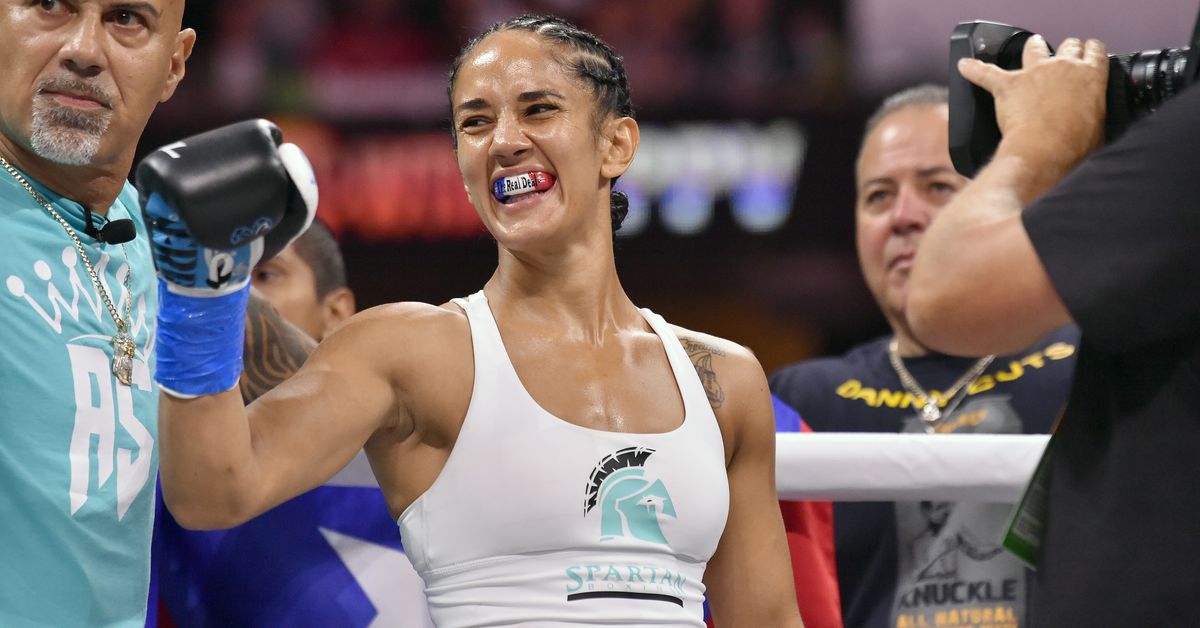 Multi-division champion Amanda Serrano was the highest-profile figure on Jake Paul’s last pay-per-view, and that partnership is now official. Serrano announced on Twitter that she’s joined forces with Paul’s newly-former Most Valuable Promotions.

Paul and advisor Nakisa Bidarian tell ESPN’s Marc Raimondi that “talks are ongoing” with Eddie Hearn for a megafight with Katie Taylor “for the second quarter of 2022 at New York’s Madison Square Garden.” Serrano (41-1, 30 KO) and Taylor (19-0, 6 KO) had intended to fight in May of last year, but the fight collapsed after a COVID-enforced delay and subsequently reduced purse. Hopefully Paul and Bidarian will be more successful than former Serrano promoted Lou DiBella, as that’s arguably the best women’s boxing match available at the moment.

Say what you will about Paul, and there’s definitely a lot to say, but I do hope his efforts to promote quality fighters are genuine. Best of luck to him.