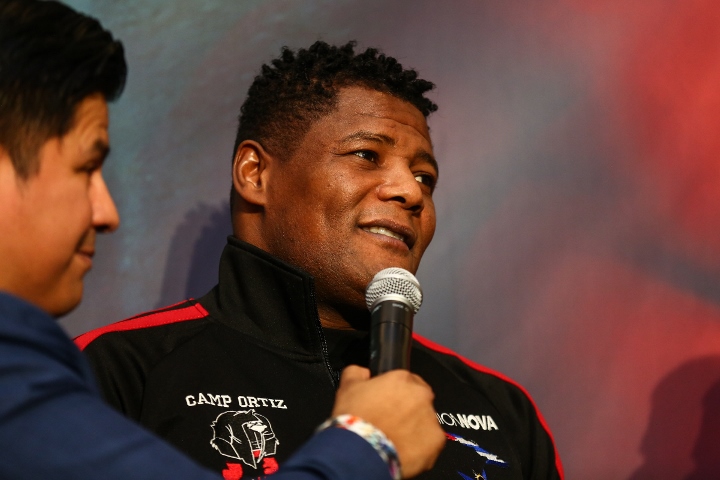 An article recently appeared on BoxingScene.com in which heavyweight contender Joe Joyce (13-0) said that fellow contender Luis “King Kong” Ortiz (32-2) turned down a fight that his team offered.

“That was an option [to fight Joseph Parker], but he obviously now is going to fight Derek Chisora, and there were a few more names. Ortiz was mentioned, but I’m not sure he wants the smoke. But there are other names around the area. We’ll see what we can get,” Joyce said.

Joyce was a little more blunt when asked to confirm whether or not Ortiz had turned him down.

When Ortiz heard the news, he said that an offer was never made.

“Joe Joyce is a liar and it’s very embarrassing to him as a man and as a boxer because at no time has he spoke to me, or Jay Jimenez (his  manager) or his coach Herman Caicedo,” Ortiz told BoxingScene.com.

“We at King Kong’s boxing camp would love to know who this little ego man spoke to and why would he lie when he knows full well Luis ‘King Kong’ Ortiz has never turned down a fight in his life. Our camps don’t even have communication or even have each other’s number.”

Ortiz hasn’t fought since his 1st round knockout of Alexander Flores last November but he is expecting to end that streak of inactivity in December.

If Joyce truly is looking for a war against Ortiz, the Cuban wants to make it known that he bas no problem fighting him next.

“I am going to return to the ring on Tank’s undercard and I would like nothing more than to fight Joe Joyce. You said I don’t want a war well now I am inviting you to war. What’s your excuse now lying Joe? ” Ortiz told BoxingScene.com.

Gervonta “Tank” Davis’s return to the ring is being targeted for one of the first two weekends of December.

“Scrappy” Ramirez headlines Golden Boy Fight Night, Feb. 23
Roy Jones ‘Liam Smith CROSSED THE LINE & Lit A FIRE Under Eubank Jr’
The Beltline: Just as boxers must do better, we must know not to expect perfection
De La Hoya Optimistic that Tank-Garcia Will Lead to More Collaboration With PBC
Eight to Remember: A brief history of top light-heavyweight fights in the UK