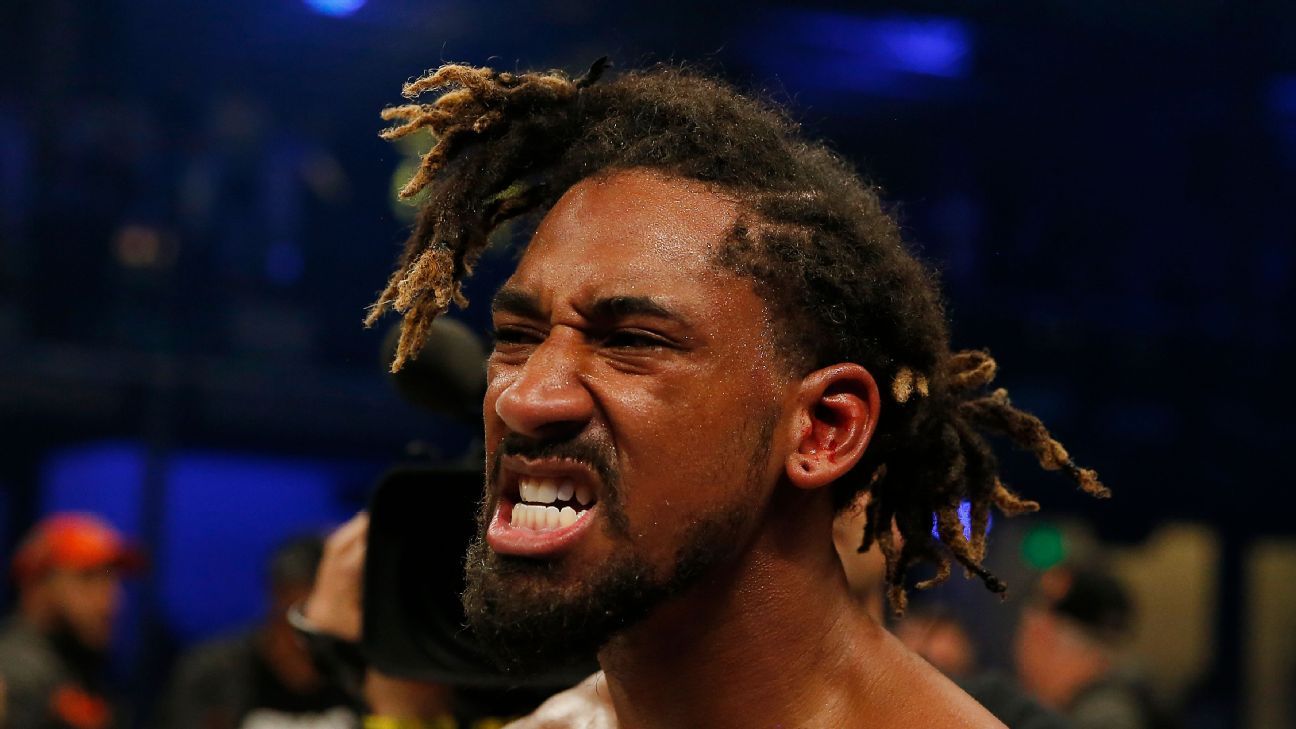 Demetrius Andrade and Jason Quigley have agreed to terms for a middleweight title fight that will headline a DAZN-streamed championship tripleheader on Nov. 19 in New England, sources told ESPN.

Murodjon Akhmadaliev will defend his unified 122-pound championship against Ronny Rios in the co-feature, sources said. Julio Cesar Martinez puts his 112-pound title on the line vs. McWilliams Arroyo in the opening bout.

All three fights pit champions promoted by Matchroom Sport’s Eddie Hearn against challengers aligned with Oscar De La Hoya’s Golden Boy Promotions. The promotions have yet to lock down a site for the card, but sources said it will be held in New England.

Andrade (30-0, 18 KOs), ESPN’s No. 3 boxer at 160 pounds, made the fourth defense of his title in April with a unanimous-decision victory over Liam Williams. The 33-year-old from Providence, Rhode Island, has been dominant during his 160-pound title reign but has yet to face a formidable foe. That won’t change with this bout.

The slick southpaw will be a heavy favorite to turn back the challenge of Quigley (19-1, 14 KOs), a hard-nosed fighter coming off the biggest win of his career. The 30-year-old Irishman scored a majority-decision win over Shane Mosley Jr. in May and will now step up to the elite level for the first time.

The other two title bouts on the card figure to be far more competitive.

Akhmadaliev, a 26-year-old from Uzbekistan, is ESPN’s No. 1 boxer at 122 pounds. He won the unified championship from Daniel Roman in January 2020 and successfully defended it in April with a stoppage win over Ryosuke Iwasa.

An Olympic bronze medalist, Akhmadaliev (9-0, 7 KOs) is considered one of the brightest young talents in boxing.

He figures to face a stern challenge in Rios (33-3, 16 KOs). The 31-year-old from Southern California is ESPN’s No. 8 junior featherweight. Since suffering a sixth-round knockout to Azat Hovhannisyan in February 2018, Rios has reeled off four consecutive wins, most recently outpointing Oscar Negrete in February.

Martinez, ESPN’s No. 1 flyweight, has torn through the competition at 112 pounds under the guidance of reigning trainer of the year Eddy Reynoso. The 26-year-old Mexican is coming off a sixth-round TKO of Joel Cordova, and like Akhmadaliev, Martinez (18-1, 14 KOs) is on the cusp of pound-for-pound recognition.

Arroyo (21-4, 16 KOs) is a 35-year-old from Puerto Rico who has faced some of the best fighters in the sport. Among those: decision defeats to Roman Gonzalez and Kazuto Ioka. He has won four straight since the loss to Ioka, his latest outing a TKO victory over Abraham Rodriguez in February.

The DAZN card comes one day before Terence Crawford and Shawn Porter meet for a welterweight title on ESPN+ PPV.