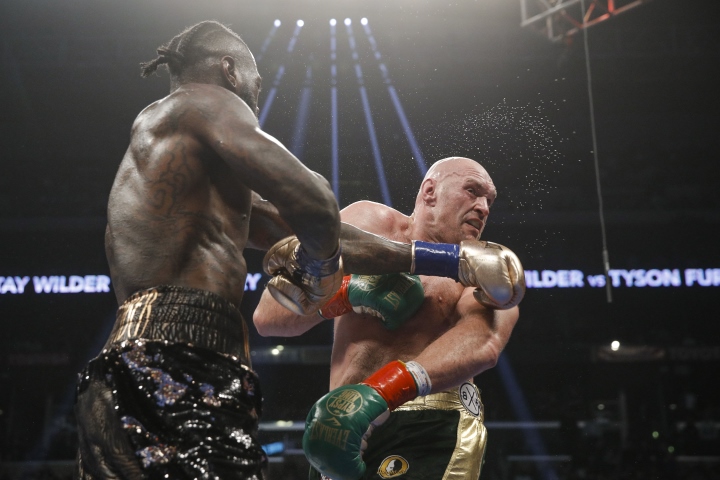 Fury will face Wilder for a third time on Saturday night at the T-Mobile Arena in Las Vegas.

The first time around, their fight ended in a controversial twelve round draw in December 2018, with Fury nearly getting knocked out in the twelfth and final round.

In the February 2020 rematch, Fury dominated the action and stopped Wilder in seven rounds to capture the WBC belt.

Neither boxer has been in action since the second fight.

Because of the outcome of their second encounter, Fury believes a lot of fans and experts are giving Wilder little to no shot of winning the fight and expect another one-sided wipeout.

Fury is going to be very aware of Wilder’s punching power.

“A lot of people are writing Wilder off in this fight. They almost look at him like he’s a bum. Like he can’t fight and he’s useless. You can’t write him off,” Fury told the BBC.

“Make no mistake about this, Deontay Wilder is the most dangerous heavyweight out there. Combine them all together and they don’t make a danger like Wilder. So that’s what I’m messing with. I’m playing with an atomic bomb, messing round, clipping wires. Every time you go into the ring with Deontay Wilder you’re playing with that danger.

“This is the third time now I’ve been in the ring with him and every single time he’s been very dangerous. He’s a very dangerous hombre with big, big power and he can close the distance quickly. With most boxers they need to hit you with five punches, with Wilder he can hit you with a quarter punch and knock you spark out.”

Benavidez vs Plant Is ON for March 25 on SHOWTIME PPV in Las Vegas
Johnny Nelson to Chris Eubank Jr “DO NOT TAKE REMATCH!”
Dillian Whyte Wants Both Boxing, MMA Fight With Francis Ngannou: ‘I Would Bash Him’
Hungry rabbit… 🤣 Usyk is a different breed 🍔
Barrios vs. Santiago, Pero vs. Faust Set For Vargas-Foster Tripleheader