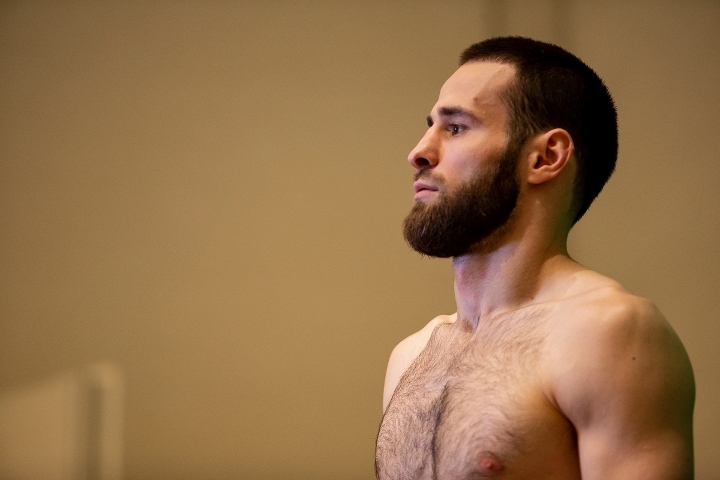 Probellum has announced the promotional signing of ‘The Chechen Wolf’ – Arthur Biyarslanov.

Undefeated Biyarslanov (8-0, 6 knockouts) has gone from strength to strength since making his professional debut back in 2018, and showed the rapid pace he is developing at when last time out in just his eighth contest he defeated fellow unbeaten fighter Israel Mercado.

“I’m happy to welcome The Chechen Wolf Arthur Biyarslanov to the Probellum team,” said Richard Schaefer, President of Probellum. “We’ve been looking to sign fighters that we know can compete at the very top for many years to come, and he certainly ticks that box.

“Already in just eight professional fights he has established himself as a key part of the lightweight division, and he will now be given the opportunity to showcase his skills around the world and compete in front of his loyal fans on some big events.”

Widely known as ‘The Chechen Wolf’ – the 26-year-old also had an illustrious amateur career, representing Canada at the 2016 Olympics in Rio de Janeiro, whilst also winning a gold medal at the 2015 Pan American Games in Toronto.

After leaving Russia as a child, Biyarslanov eventually settled in Canada, and has fought professionally in the country on three occasions, along with five bouts to date in the USA.

“I am excited and delighted to join Probellum,” said Biyarslanov. “I got the long-term contract I have been looking for and I believe Probellum will make my dreams come true through the opportunities they are going to present for me.”

“It is a privilege to have somebody as exciting and talented as Eduardo ‘Rocky’ Hernandez join us here at Probellum,” said Richard Schaefer, President of Probellum. “At just 23-years-old, Eduardo’s entire career is ahead of him, and we are certain it will be an extremely successful one.

“Mexico and boxing go hand in hand, and signing a world-ranked knockout specialist like Eduardo is the first step in what is going to be some big moves for Probellum in that country.”

Hernandez (30-1, 27 knockouts) is arguably one of the biggest punchers in the 130lb division.

He is currently ranked #5 in the world by the WBC, and at just 23-years-old, still has a bright future ahead of him.

“I feel happy and blessed to be part of this movement, but more than that I’m grateful,” said Hernandez. “With my new manager Ferco Box, my advisory team and now adding Richard Schaefer and Probellum, I truly have the best team in boxing. Nothing will stop us.”

The Beltline: Just as boxers must do better, we must know not to expect perfection
Sources: Joyce, Zhang close on April 15 fight
De La Hoya Eager To Sign Edgar Berlanga To Golden Boy: ‘Come Talk To Us, Or We’ll Fly To You’
Highlights and results: Saracho upsets Francis in ProBox TV’s first Wednesday night show
Gary Russell Jr: “I Would Fight Isaac Cruz, I’ll Burn His Ass Up”