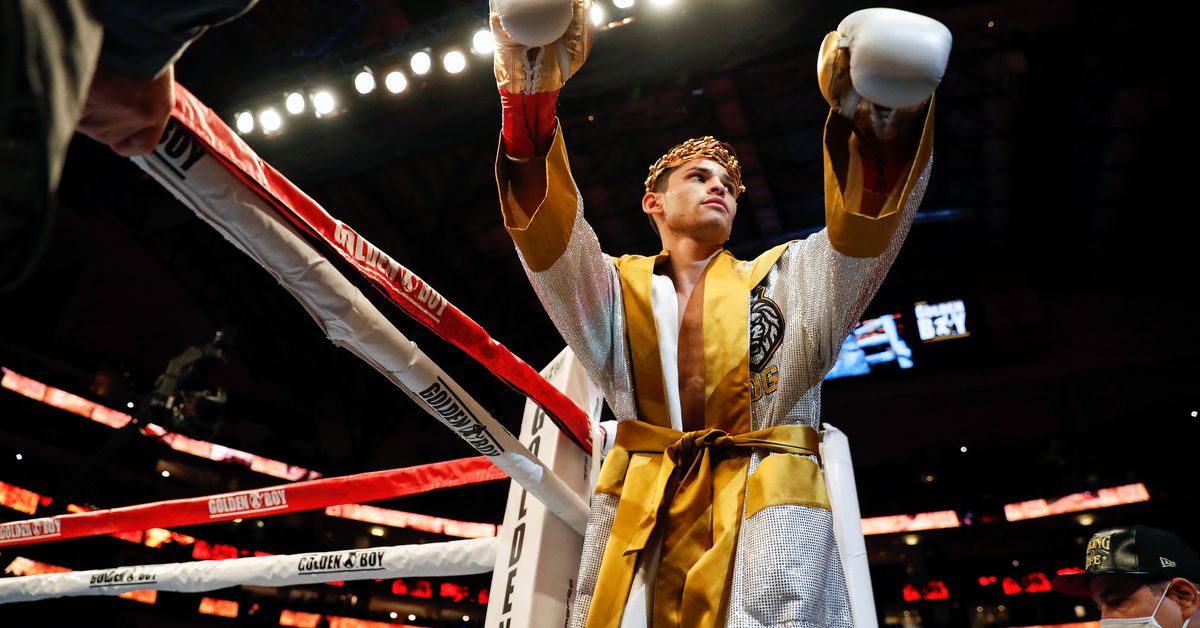 It’s official. ESPN is reporting that terms have been reached for a November 27th between young lightweight star Ryan Garcia (21-0, 18 KOs) and Joseph Diaz Jr (32-1-1, 15 KOs) that will headline on DAZN. The fight will be held in Los Angeles but a specific venue hasn’t been announced just yet. The confident Garcia, who recently took time away from the sport to focus on his mental health issues, is expecting to return to the ring in style.

“Since he came out and beat Fortuna I took the opportunity to beat JoJo,” said Garcia, who predicted a stoppage win between Rounds 3 and 5. “Now it ends questions if I was scared to fight Fortuna.”

Diaz made his last appearance in July, which marked his first fight at 135lbs, and soundly beat Javier Fortuna to take a unanimous decision. It’s no secret that Diaz isn’t the biggest fan of the brash Garcia, and says he’ll be coming to put an end to all the hype surrounding him.

“I’m stopping him and ending the hype train once and for all,” Diaz said. “I’m gonna take it to him. Everything I’ve been through in and out the ring will be shown that night. He’s finally in with a live dog.”

Needless to say, this is a genuine fight for both men, one that could likely go either way — which should only make it that much more enjoyable for fans since the promotional build-up and the action in the ring figures to be good.

Any early predictions, anyone?

Tszyu vs Harrison official for March, WBO interim title at stake
‘You only fight him because you have to’: Why nobody wants to get into the ring with light heavyweight champion Artur Beterbiev
Hearn talks Eubank vs Smith, Benn possibly fighting either, more
𝑩𝑨𝑪𝑲 𝑻𝑶 𝑻𝑯𝑬 𝑬𝑵𝑫𝑺 🏠 Yarde in his own backyard | Artur Beterbiev v Anthony Yarde | BT Sport Boxing
Barrios-Santiago, Pero-Faust set for Vargas vs Foster undercard