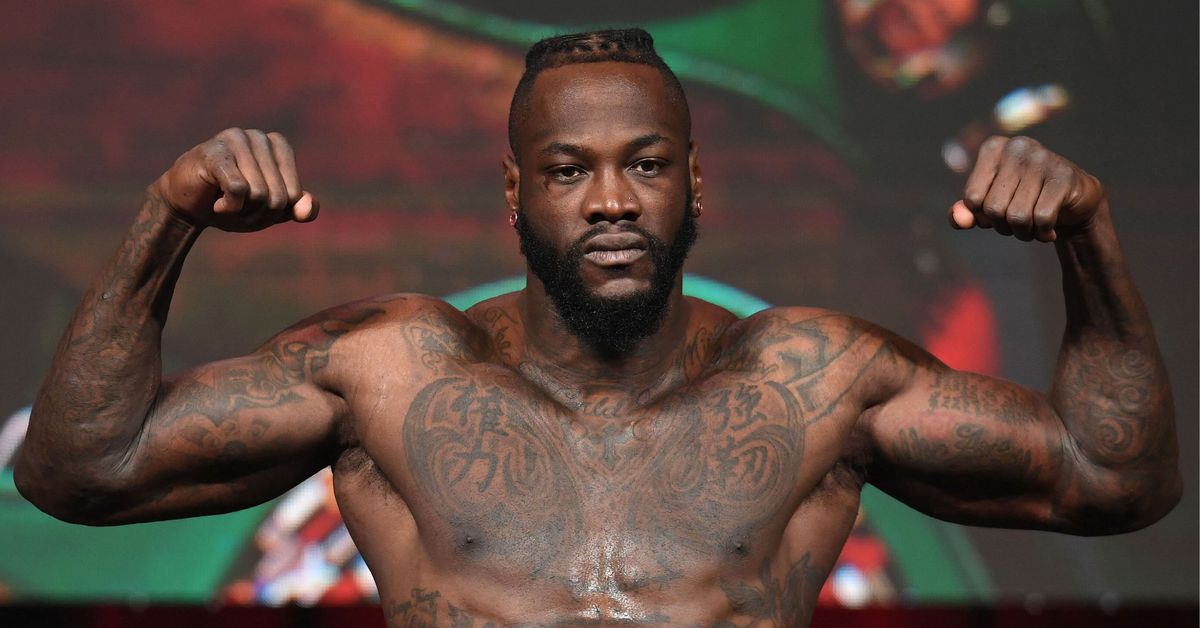 Tyson Fury and Deontay Wilder are good to go for tonight, and even a dispute about Fury’s gloves selection is now done and over with.

The Wilder camp having an “issue” was, to be quite honest, fully expected. Wilder, of course, has claimed that Fury had loaded gloves in their second fight in 2020, where Fury pummeled Wilder en route to a seventh round stoppage win.

So it figures that there would be extra attention this time, but Wilder says all is good now:

Deontay Wilder after resolving the Tyson Fury gloves selection issue: “I’m very happy with what’s going on with the gloves. Since they wanna have little-to-no padding, we’re gonna have the same. May the best man win.” [78SPORTSTV]

The whole thing is probably nonsense since commission officials have the ultimate final say either way, unless one side wants to just, like, not do the fight, which is really not an option at this point as it would be a financial disaster for PBC and Top Rank and FOX and ESPN and Wilder personally, too. The “little-to-no padding” thing doesn’t really pass the smell test, but I suppose it’s something to say.

It could just be mind games, but whether it actually has any impact on Fury or is really more Wilder twisting himself into a knot over something that isn’t actually happening, that’s another story.

Doesn’t really matter at this point. People just want to see the fight, and unless there is ever actually evidence beyond Twitter sleuth BS that someone has a loaded or tampered glove or ever did before, most people are just going to watch the fight and see what they see.

Why we might have to wait until 2024 to see Artur Beterbiev vs. Dmitry Bivol in a must-see matchup
BLH P4P Top 10 (Feb. 2023): Beterbiev jumps over Canelo, more
Artur Beterbiev-Oleksandr Usyk? Beterbiev Doesn’t Think It’s Out Of The Question
Tommy Fury Exclusive 👀 “This fight Isn’t Going The Distance… IT’S OVER For Jake Paul!”
Liam Wilson: The Way I Feel, I’m Coming To Knock Navarrete Out