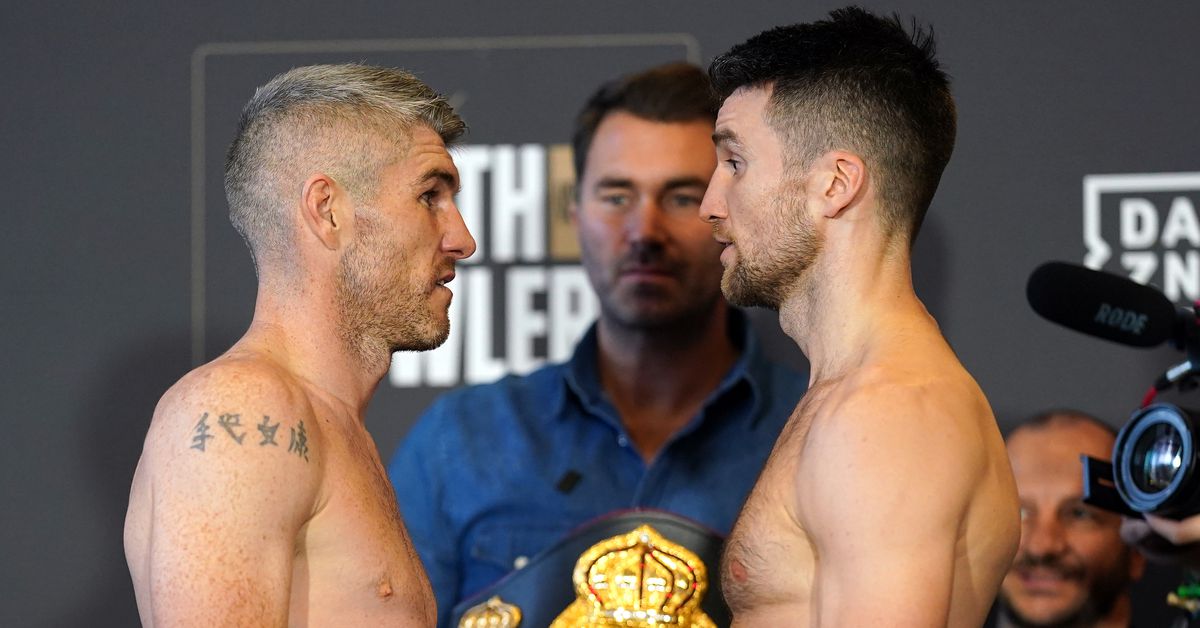 Liam Smith and Anthony Fowler are set for their Liverpool derby today at M&S Bank Arena, as the junior middleweights headline a big Matchroom card on DAZN.

All live updates including round-by-round for the main event will come in this stream:

Smith and Fowler are both natives of Liverpool, so we should have a great atmosphere for this fight, and the rest of the card is solid, too, including two more fights at 154 lbs featuring domestic standouts, and Ted Cheeseman putting his British title on the line against Troy Williamson in what could be a show-stealer.

We’ll also see the pro debut of British Olympian Peter McGrail, who will settle in as a featherweight early in his pro career.

We’ll be here with all the coverage and highlights like usual. Join us!