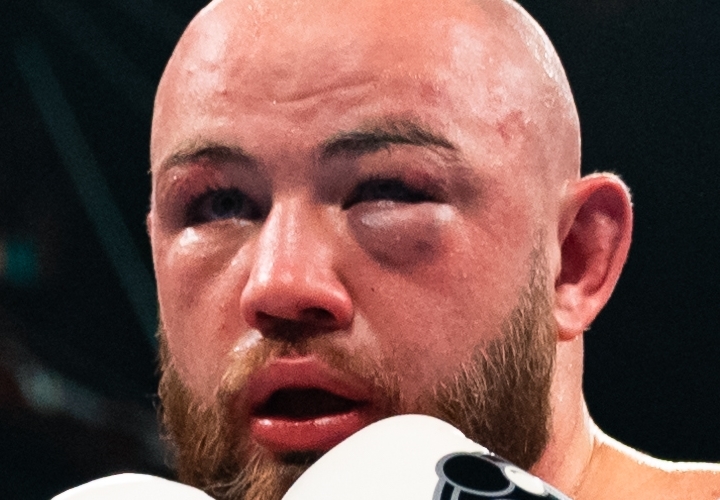 Keith Connolly, Kownacki’s manager, confirmed to BoxingScene.com on Sunday morning that the Polish heavyweight sustained a fractured left orbital bone during the first round of his sixth-round, technical-knockout loss to Robert Helenius at T-Mobile Arena. Brooklyn’s Kownacki fought through severe swelling around his left eye, but he often winced while trying to combat the taller, rangier Helenius.

Kownacki, 32, was examined at nearby Valley Hospital Medical Center, where X-rays detected a fractured eye socket. Connolly told BoxingScene.com that Kownacki will visit a specialist when he returns home to New York and will explore surgical options.

The injury figures to keep Kownacki out of action until at least the middle of 2022.

Finland’s Helenius (31-3, 20 KOs) completely controlled the action in their one-sided rematch, which was part of the Tyson Fury-Deontay Wilder pay-per-view undercard. Whatever chance the favored Kownacki had to avenge his fourth-round TKO loss to Helenius in March 2020 effectively ended when his left orbital bone was fractured.

Kownacki (20-2, 15 KOs), defensively flawed under normal circumstances, couldn’t see Helenius’ right hands coming. He mostly took a beating before referee Celestino Ruiz separated them and stopped their scheduled 12-round rematch at 2:38 of the sixth round.

There was confusion in the immediate aftermath of their rematch as to whether Kownacki was disqualified or lost by technical knockout.

Ruiz admonished Kownacki for more low blows in the sixth round, a round after taking a point from him for hitting Helenius below the belt. Bob Bennett, the executive director of the Nevada State Athletic Commission, confirmed, however, that Kownacki officially lost by technical knockout, not disqualification.

Ruiz ultimately determined that Kownacki had taken too much punishment and clearly could not see out of his left eye.