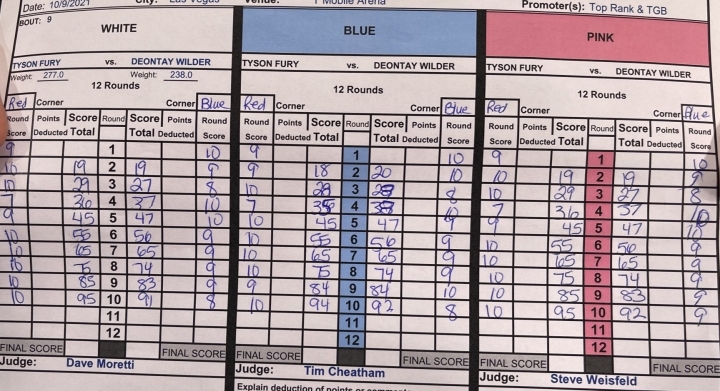 T-Mobile Arena, Las Vegas – In a trilogy showdown for the WBC heavyweight title, Tyson Fury (31-0-1, 22 KOs) had to overcome two knockdowns, scored three knockdowns of his own to eventually stop Deontay Wilder (42-2-1, 41 KOs) in the eleventh round of their trilogy fight.

Their first meeting took place in December 2018, with the bout ending in a controversial twelve round split draw. Fury went down twice in the fight. The rematch, in February 2020, saw Fury score two knockdowns on track to stopping Wilder in seven rounds.