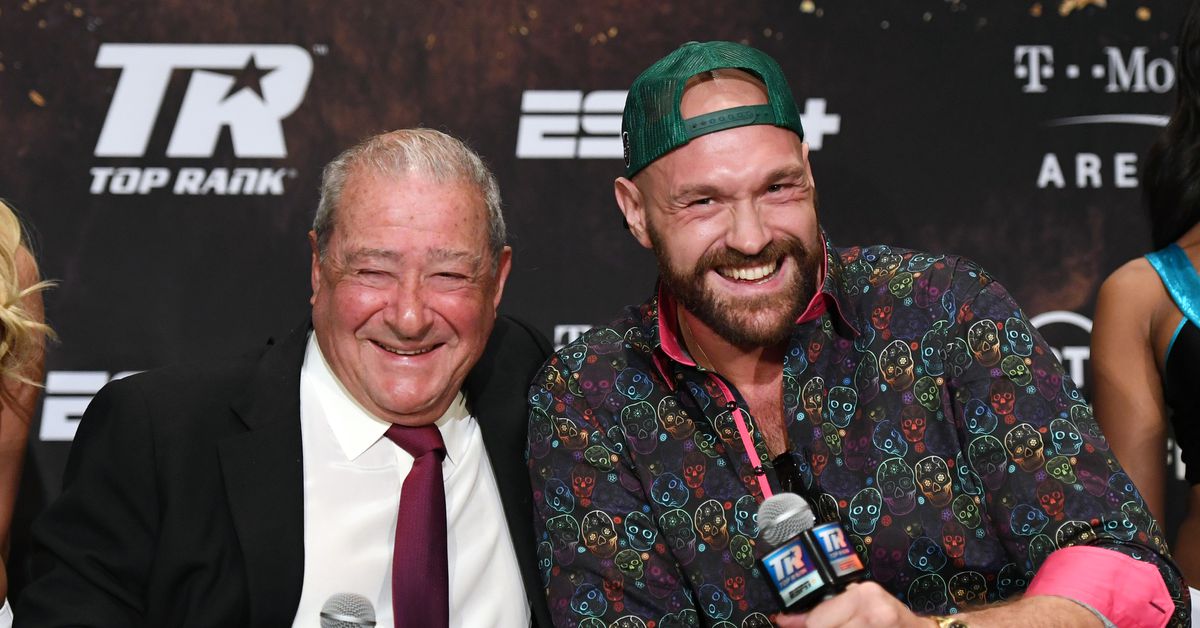 Tyson Fury and Deontay Wilder put on a heavyweight war for the ages on Saturday night, and Hall of Fame promoter Bob Arum had, of course, one of the best seats in the house.

The 89-year-old Arum was as amazed as anyone by what he saw take place in the fight, where Fury climbed off the canvas twice and knocked Wilder down three times to secure an 11th round stoppage win.

“First, I want to apologize to all the fans who spent their money to see such a boring fight,” Arum joked as the post-fight press conference.

“Listen, I’ve been in this business 57 years promoting fights, and I truly have to say, I have never seen a heavyweight as magnificent as this. And I am so proud of the man on my right (Fury). He showed heart, ability, he is truly a fighting man.”

While there is certainly at least a little hyperbole here, because that’s how promoters operate, this is also just the way fans talk, and it’s not crazy to get caught up in a moment like this, because it truly was an unbelievable fight.

Was it the greatest heavyweight fight ever? Probably not, but it’s up there, too, and it’s great to see something like this, something that really has done the sport of boxing and the heavyweight division great justice. If Arum wants to say it’s the best heavyweight fight he’s seen, I say roll with the good feelings, man — we don’t get enough of them with boxing, let’s bask in one.