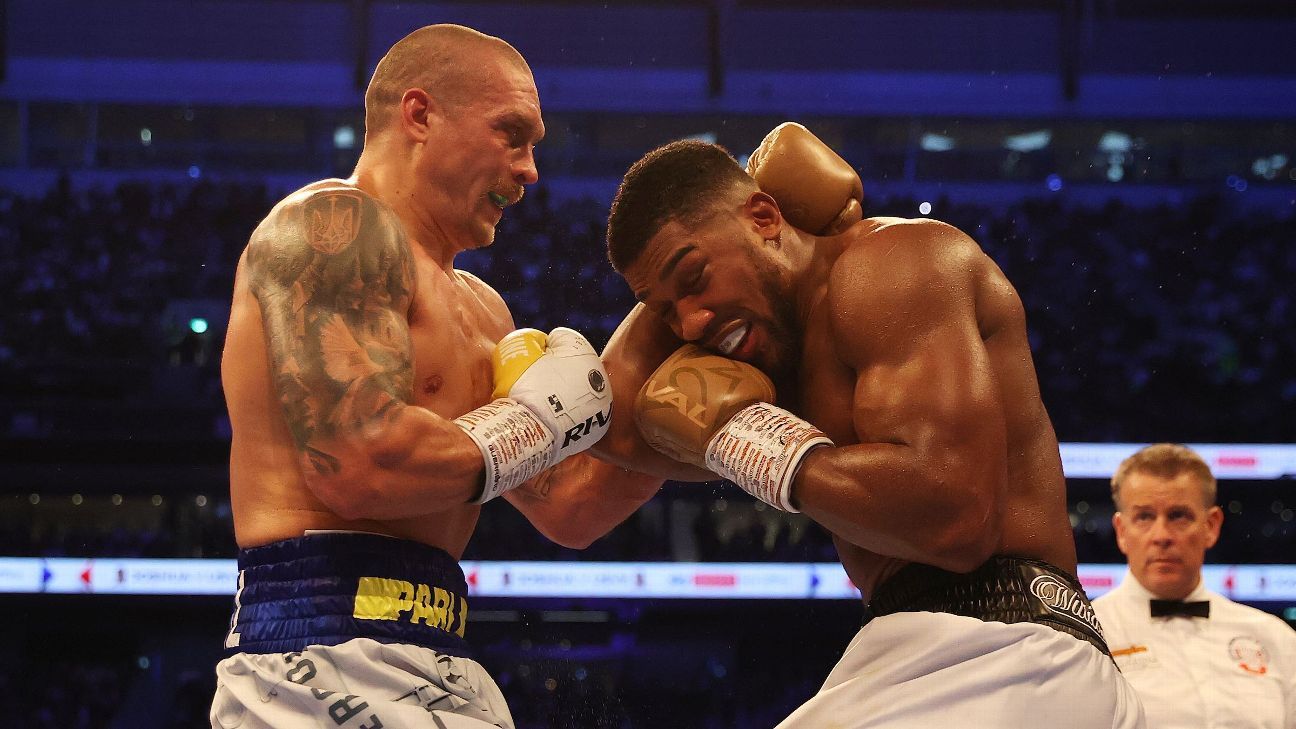 Hearn said he plans to stage Usyk-Joshua 2 in early spring.

“Back in the game and looking for him to become a three-time world champion,” Hearn said.

Joshua, 31, had 30 days from last month’s upset defeat to Usyk to inform the other side, in writing, that he was exercising the rematch clause. Neither boxer can stage an interim fight before the rematch.

The battle of Olympic gold medalists from the 2012 Games wasn’t all that competitive despite Joshua’s advantage in size and heavyweight experience. Usyk (19-0, 13 KOs) was boxing as a heavyweight for just the third time but neutralized Joshua’s edge in size and strength with superior quickness, boxing smarts and footwork.

The former undisputed cruiserweight champion appeared on the verge of stopping Joshua (24-2, 22 KOs) in the closing seconds of a bout that featured no knockdowns, though Joshua was stunned on several occasions.

Joshua, a U.K. star, emerged from the bout with a badly damaged right eye and sat on his stool for minutes after the fight concluded. The unanimous-decision loss was the second of Joshua’s career. His other defeat was a shocking seventh-round TKO loss to Andy Ruiz Jr.

That bout also contained a rematch clause and Joshua made good use of it by exacting revenge via decision six months later in Saudi Arabia.

Usyk’s tremendous victory spoiled plans for a Tyson Fury-Joshua super fight in the first half of 2022. Fury and Joshua hoped to meet Aug. 14 in Saudi Arabia before an independent arbitrator ruled that Fury owed Wilder a third fight. They meet Saturday for the WBC heavyweight championship (9 p.m. ET, ESPN+ PPV).

The WBC ruled that if the winner of Saturday’s bout doesn’t unify with Usyk next, that the victor will be ordered to fight Dillian Whyte, the long-standing WBC No. 1 contender. If Whyte can upend Otto Wallin on Oct. 30 in London, he could be in line to fight Fury or Wilder in the first half of 2022.