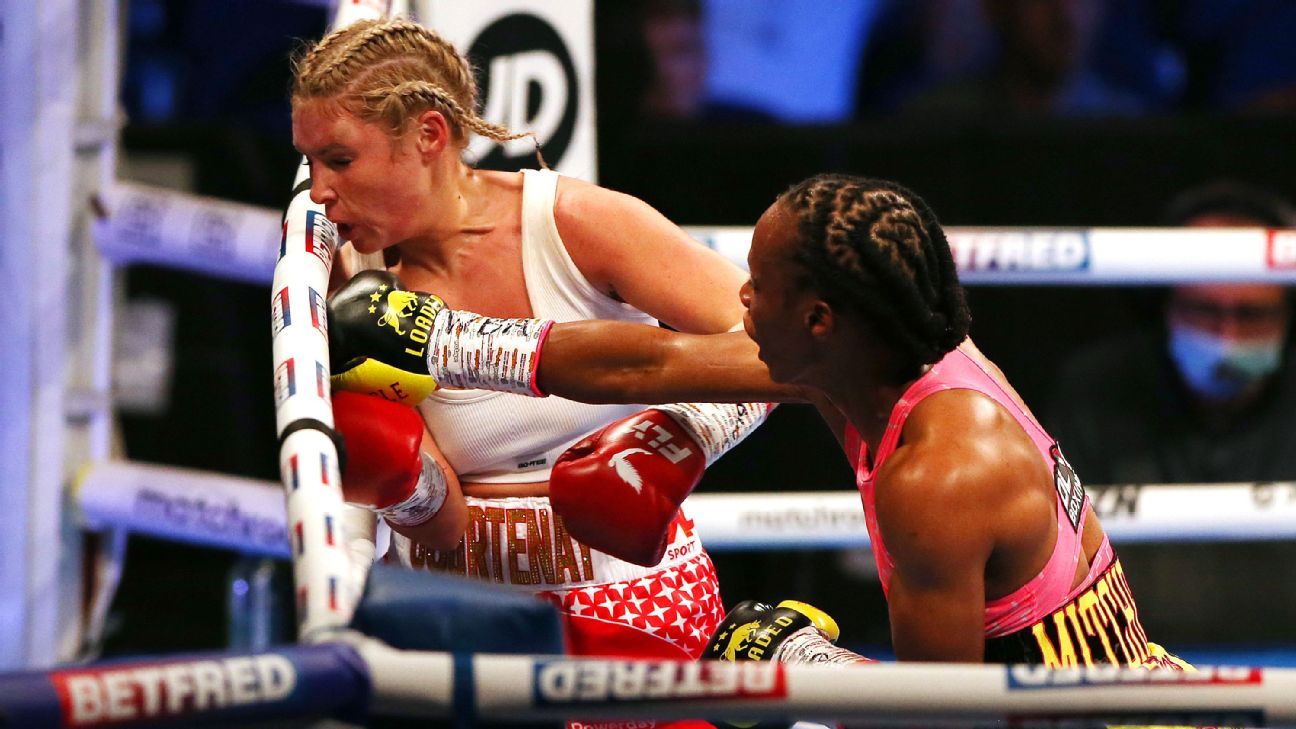 It was a fight filled with drama before either participant stepped into the ring. Courtenay lost the title on the scales Friday after missing the 118-pound weight limit by 2.5 pounds — something she said occurred due to her menstrual cycle unexpectedly starting.

“It sounds very great. It sounds amazing. It feels great,” Mitchell said after the fight, via the Matchroom YouTube channel. “I can’t show too much emotion because I knew I was going to win the fight when I signed the contract.”

Mitchell said even though she won, she didn’t agree with the judge’s scoring — saying she felt the fight was not as close as they had it on the scorecards. Meanwhile, Courtenay said after the fight, according to The Mirror, that “I don’t see how I lost, but I have to pay respect to her.”

De La Hoya Eager To Sign Edgar Berlanga To Golden Boy: ‘Come Talk To Us, Or We’ll Fly To You’
Broner: I had to dig myself out of dark place, now I’m ready to go
Bradley: An open letter to Beterbiev and Yarde — with a game plan for each
AWKWARD! Artur Beterbiev BITES BACK at question ‘YOU WANT TO BE ANGRY WITH US?!’ | #shorts
De La Hoya Optimistic that Tank-Garcia Will Lead to More Collaboration With PBC