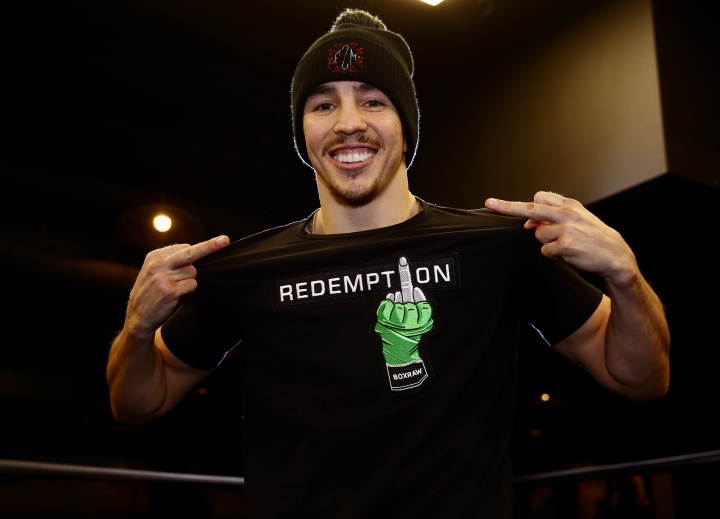 The teams for Leigh Wood and Michael Conlan are back at the negotiating table.

Talks for the aforementioned featherweight matchup have been granted a second extension by the World Boxing Association (WBA), who announced the cancellation of a purse bid hearing scheduled for Monday. The two sides will have another week to reach a deal to avoid a rescheduled purse bid, with all parties involved remaining confident that a fight announcement will come from the additional granted time.

“The bidding for the fight between Englishman Leigh Wood and Irishman Michael Conlan for the World Boxing Association (WBA) featherweight title, scheduled for Monday, October 11, has been postponed for 7 days at the request of the promoting companies involved in the negotiation,” Carlos Chavez, chairman of the WBA Championship Committee confirmed Monday. “Eddie Hearn, representative of Matchroom Boxing [for Wood] and Carl Moretti, who represents Top Rank [for Conlan], sent an email requesting the extension to President Gilberto Jesus Mendoza and the WBA Championships Committee.

“Both parties expressed that they are very close to reach an agreement for the 126 lbs. bout and that this week it will be finalized. Wood will make the first defense of his title against Conlan as a mandatory fight. Another fight that obeys the WBA world title reduction plan and that has generated a lot of expectations among the fans.”

Wood (25-2, 15KOs) holds the WBA “World” featherweight title, winning the belt in a 12th round knockout of Xu Can on July 31 in Brentwood, Essex, England. The feat came six days prior to Conlan (16-0, 8KOs) winning the WBA “interim” featherweight belt in a 12-round, unanimous decision win over TJ Doheny in his hometown of Belfast, Northern Ireland.

Conlan’s reign lasted all of 19 days before the WBA removed interim belts from circulation. The unbeaten featherweight—a two-time Olympian who claimed a Bronze medal during the 2012 London Olympics—was installed as the mandatory challenger, with the secondary title fight ordered three days later.

Should the fight go to a purse bid, Conlan will be afforded the same benefits that would have come with interim title status—specifically 45% of the winning purse bid amount should the matter reach that point.

Monday’s extension was the second to be granted in less than two weeks. The September 27 deadline came and went without a deal in place, with additional time requested only for the fight to be sent to a purse bid hearing days later. A change of heart from both camps has provided optimism that terms will be finalized in the coming days.

The winner of Wood-Conlan will become the mandatory challenger to Santa Cruz who still holds the WBA “Super” featherweight title. Santa Cruz (37-2-1, 19KOs) last defended the belt in a February 2019 win over late substitute Rafael Rivera. The four-division titlist has spent his last two fights at junior lightweight, most recently in a sixth-round knockout loss to Gervonta Davis last Halloween.

If Santa Cruz opts out of such a fight or chooses to no longer campaign at featherweight, the WBA will be able to recognize a single titlist by default.

Anthony Yarde: I Wouldn’t Know What I’m Made of Without Losses
Highlights and results: Saracho upsets Francis in ProBox TV’s first Wednesday night show
Despite His Defeat, Richardson Hitchins Is Still Willing To Take On Montana Love
BN Verdict: “Basic” Liam Smith does to Chris Eubank Jnr what nobody else has managed to do
Russell vs Magsayo FULL FIGHT: January 22, 2022 | PBC on Showtime