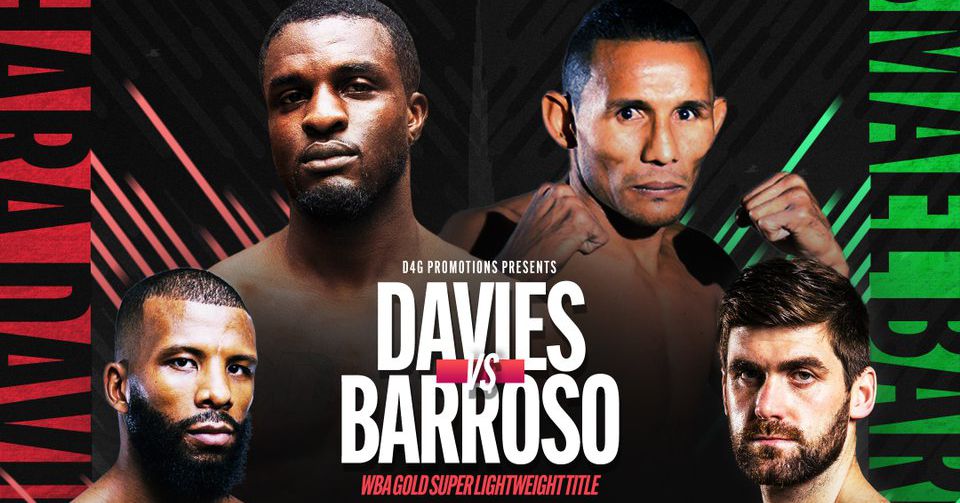 “Two Tanks” Davis (22-2, 16 KO) claimed the MTK Golden Contract last year but has never quite gotten past the domestic level, falling to Josh Taylor and Jack Catterall while needing iffy judging to get past Miguel Vazquez and Tyrone McKenna. A win here could put him in line for a shot at either Taylor or “world” champ Gervonta Davis depending on how the WBA plays it out.

The 38-year-old Barroso (23-3-2, 21 KO) is probably still best-known for blowing up Kevin Mitchell in 2015 and getting battered into submission by Anthony Crolla soon after. He went on to lose to Isa Chaniev and Batyr Akhmedov, seemingly cementing him as a one-hit wonder, before catapulting himself right back into contention with an upset of Yves Ulysse Jr. in 2019.

Jack (24-3-3, 14 KO) has long teased a move to 200 pounds in a bid to become a three-weight titlist, and his road begins against longtime veteran Johnny Muller (23-9-2, 14 KO). Muller’s probably a better opponent than recent victims Blake McKernan and Dervin Colina, but the matchup definitely isn’t anything to write home about.

Photos: Richard Riakporhe Blasts Out Krzysztof Glowacki in Four
Mike Tyson Sued By Woman For Alleged Rape In The 1990s
‘AFTER CONOR BENN, AM I STILL THE BAD GUY?’ – Eubank Jr readies for GGG & Dismisses Smith
Panel: How much interest do you have in seeing a rematch between Liam Smith and Chris Eubank Jnr?
Tim Tszyu To Fight Tony Harrison March 12th In Australia