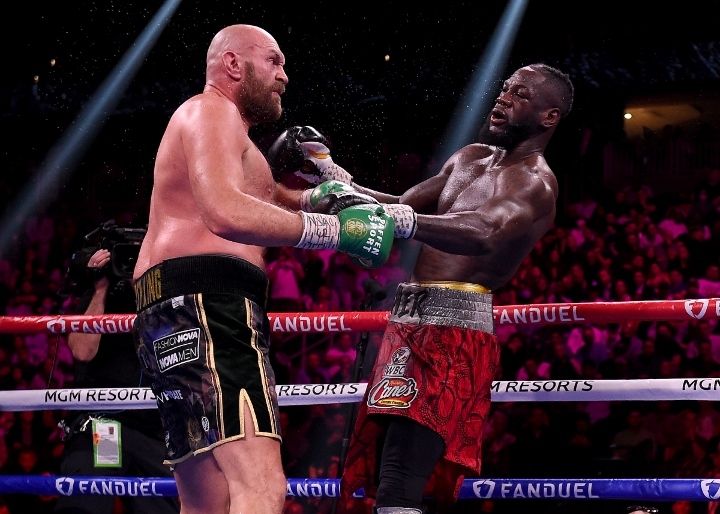 WBC heavyweight champion Tyson Fury is expecting his rival, Deonay Wilder, to have “excuses” for the outcome of Saturday’s fight at the T-Mobile Arena in Las Vegas.

In their third meeting, Fury knocked Wilder out in the eleventh round to retain the title.

Back in February 2020, Fury stopped Wilder in seven rounds.

After the fight, Wilder made numerous allegations against Fury – including a claim that Fury had loaded his gloves.

Wilder also claimed his ring-walk costume was too heavy and weakened his legs. The dangerous puncher terminated co-trainer, Mark Breland – and made an allegation that Breland may have spiked the water bottle.

“I’m sure he’ll have a lot of excuses to make. He always does, he’s a sore loser and he has Everlast MX on and I had Paffen Sports on, the gloves were the same,” Fury told Behind The Gloves.

“His trainers were in the changing rooms yet again, they checked everything, there’s no queries. He got beat fair and square and that’s all she wrote for Deontay Wilder. And I’ll be surprised if he ever boxes again.”

Wilder, who suffered a broken hand in the fight, admitted that he wasn’t good enough to beat Fury in their fight.

“I did my best, but it wasn’t good enough,” said Wilder afterwards. “I’m not sure what happened. I know that in training he did certain things, and I also knew that he didn’t come in at 277 to be a ballet dancer. He came to lean on me, try to rough me up and he succeeded.”