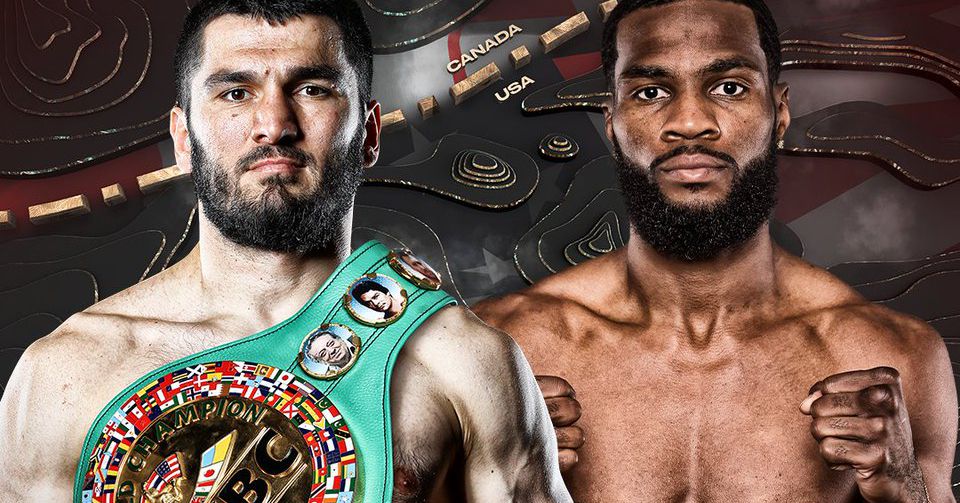 After earning the rights to stage the bout during last month’s purse bid, Top Rank has officially announced that Artur Beterbiev will defend his WBC and IBF light heavyweight titles against Marcus Browne on December 17th in Montreal.

Beterbiev (16-0, 16 KO), the most cursed man on the face of the Earth, finally got back in the ring last March with a steady beatdown of Adam Deines, and with IBF mandatory Meng Fanlong MIA, he’ll instead fight WBC mandatory Browne (24-1, 16 KO). Why Browne is his mandatory despite a one-fight winning streak that saw him fail to stop what’s left of Denis Grachev is between Mauricio Sulaiman and God.

“I want to thank Bob Arum and Yvon Michel for bringing this event to Montreal. It’s been a dream of mine to defend my titles in front of the fans who have supported me my entire pro career,” Beterbiev said. “I look forward to defending my titles in dominant fashion.”

“This is the moment in my life that I’ve been waiting for and I’m ready to take advantage of it,” Browne said. “I know exactly what I have to do to take the titles from Beterbiev and that’s what I’m going to do.

“Beterbiev is the most avoided champion out there. He’s a great fighter, doesn’t make a lot of mistakes and is super strong. But I’m the better fighter and I’m here to show that come December 17. So, to my fans, know that I’m back and I’m here to stay. No controversial losses, no distractions, just straight work.”

The ESPN+ tripleheader will also see Marie Eve Dicaire (17-1, 0 KO) and Kim Clavel (14-0, 2 KO) challenge for world titles against a pair of TBA’s. The press release says Dicaire’s fighting for her former IBF super welterweight crown, which she lost to Claressa Shields in March, while Clavel’s going for the WBC light flyweight belt. Yesenia Gomez currently holds that belt, but she’s got a defense scheduled for this Saturday, so it’s unclear whether it’ll be Gomez or interim champ Kenia Enriquez.