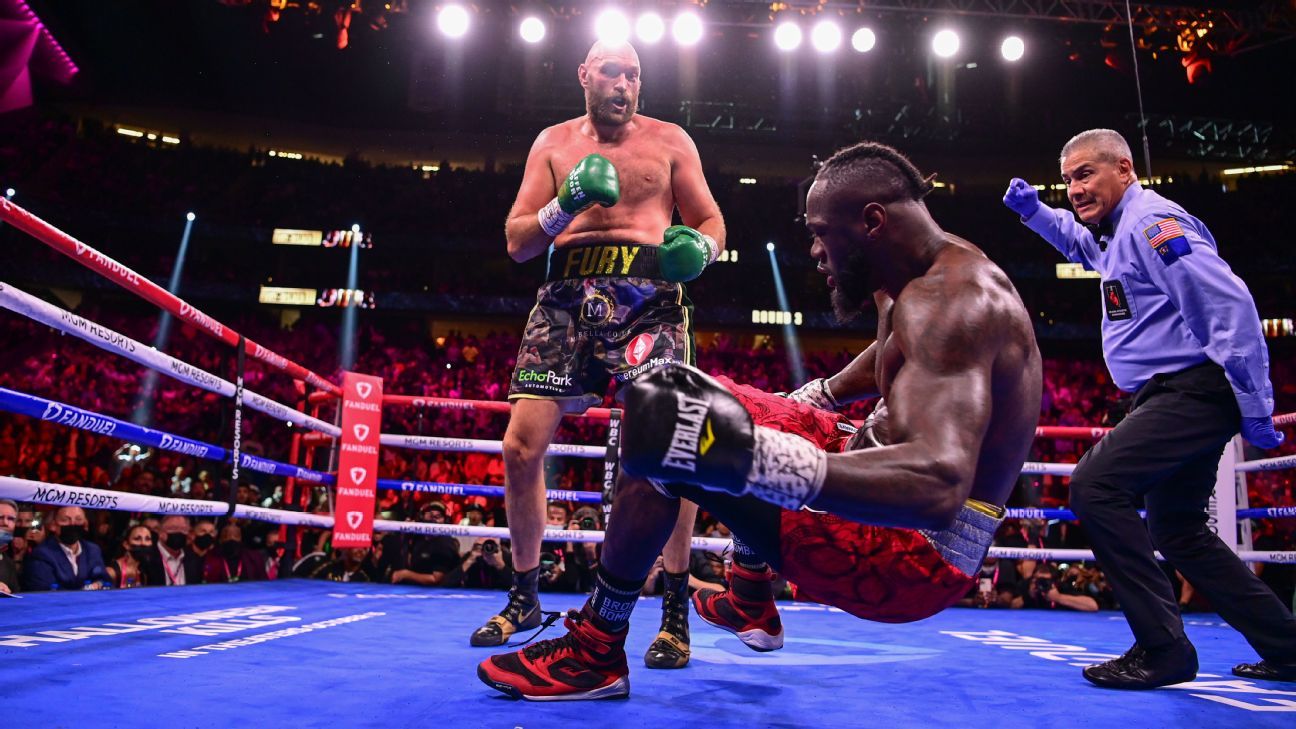 Tyson Fury and Deontay Wilder 3 did not disappoint in the slightest. Fury defeated Wilder by knockout to retain his WBC heavyweight title. It was a spectacular fight and one that will be considered by many as the fight of the year for 2021.

The hype leading up to the fight has been nothing short of box office entertainment, and the fight was just as sensational. From the ring walks to the action in the ring, this trilogy fight lived up to its lofty expectations.

Back in the dressing room, Fury was shown warming up to “Sweet Home Alabama.” This was an apparent troll as Wilder’s hometown is Tuscaloosa, Alabama.

T-Mobile Arena in Las Vegas was packed to the brim with fans who saw Wilder and Fury trade knockdowns, and once Fury sent Wilder down for good, athletes, boxers and others on social media proceeded to have their own takes on what they just watched from these two talented fighters.

Gypsy ready to go up against anything in front of him … I respect it!!

Wow!! What a fight this is!! @DAZNBoxing @MatchroomBoxing

that fight was one of the greatest, idc…

It’s no doubt Tyson Fury is the baddest man in the world after knocking out Deontay Wilder in the 11th round! #wilderfury3

Yeah… saw that coming sheesh❕
Respect to them tho

All I have to say is, Wow Wow Wow. #FuryWilder3

After retaining his title, Fury sent out messages on his social media.

Don’t ever doubt me, when the chips are down I always deliver!

Despite the outcome, several stars commended Wilder for his efforts.

Even more respect for Wilder!

Sometimes when you lose you win. Respect to Deontay Wilder. Lionheart.

Great fight ! We still rocking with you @BronzeBomber

Whatever happens in this fight I don’t care Deontay is a warrior!!!

Nothing but respect for Wilder! ✊🏾