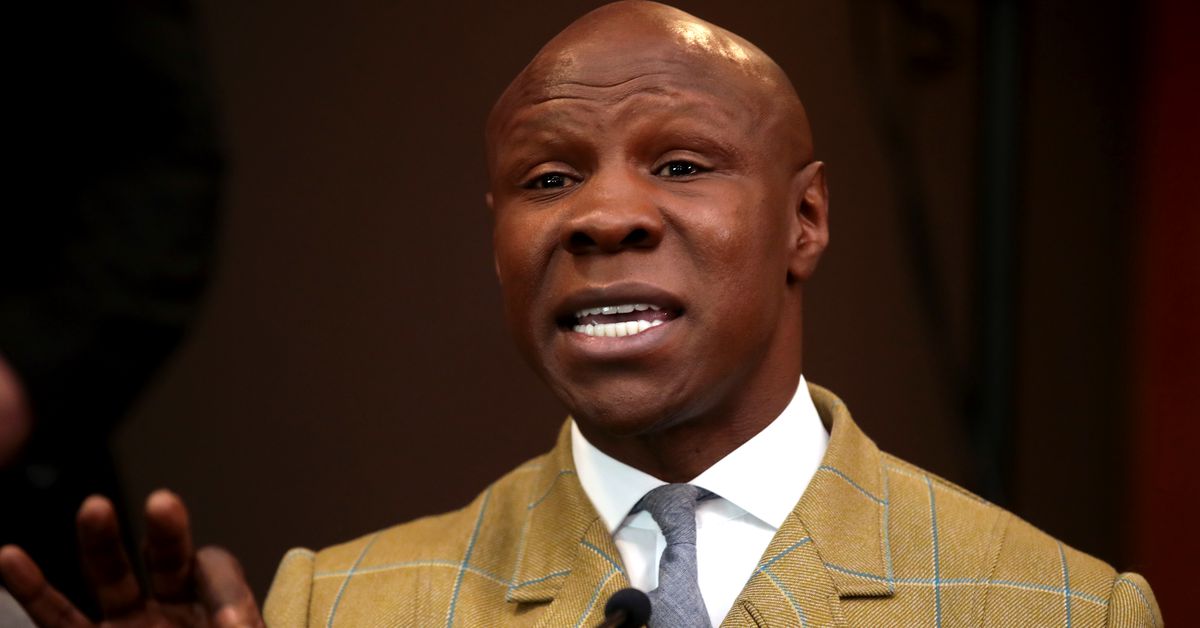 The Evening Standard reports that the 55 year old former WBO middleweight and super-middleweight champ was mugged yesterday outside of a London bank. The mugger grabbed a Louis Vuitton clutch that Eubank described as a “manbag” and sprinted away on foot.

As if the experience of getting his manbag yanked in broad daylight on a city street weren’t traumatic enough, Eubank Sr. also lost several treasured possessions in the robbery. Among them? A quarter of a chocolate and hazelnut candy bar he’d been saving.

“It’s been in there for six days just ready to eat. I like it at that temperature and they took it.” Eubank told The Evening Standard.

Police reported no injuries and no arrests, and have asked anyone with knowledge of the crime or thief to contact them with any information.

It’s not the first time Chris Eubank saw a purse snatched away by an opportunistic Englishman. Back in 2016, Eubank’s hardball negotiating tactics over a potential middleweight fight between his son and Gennadiy Golovkin resulted in Kell Brook shocking everyone by signing on for the GGG fight, and an estimated $3.5 Million payday, instead.

Best wishes to the Eubank family in recovering the stolen valuables. Bad Left Hook will update this post should any sort of replacement snack food crowdfunding campaign be announced.

Tyson Fury BLASTS fighters for DUCKING Demetrius Andrade! | #shorts
Easter vs Fortuna FULL FIGHT: January 20, 2018 | PBC on Showtime
Frank Warren: Beterbiev Is A Monster, But Our Guy (Yarde) Is, Too; If He Catches You, You Go
Broner: I had to dig myself out of dark place, now I’m ready to go
Tommy Fury Exclusive 👀 “This fight Isn’t Going The Distance… IT’S OVER For Jake Paul!”