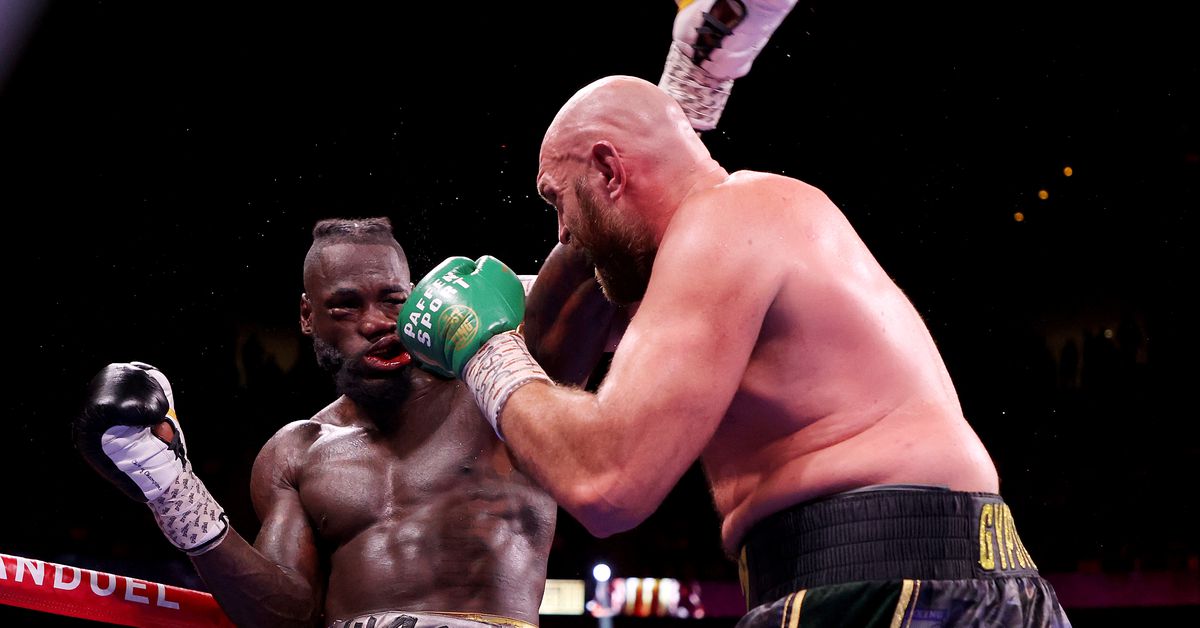 There’s no question that last week’s third installment of Tyson Fury vs Deontay Wilder was an emotional roller coaster, one which featured just about everything you could ask for in a championship fight. In the end Fury closed the book on his saga with Wilder, stopping him for the second time in three fights. But just moments after the bout ended Fury went over to talk to Wilder in a show of sportsmanship with his rival — and it didn’t go so great as Wilder refused to receive Fury with open arms, metaphorically speaking.

We covered a lot of the fallout storylines stemming from the epic trilogy, including Fury calling Wilder a poor sport, and the reaction from Wilder’s trainer Malik Scott, but now we’ve got some video of that particular sequence inside the ring from a perspective that wasn’t available during the live PPV.

“Never mind love, there’s respect” Fury responded. “You got beat fair and square tonight, that’s it. I respect ‘cause I’m a man.”

At that point Wilder’s team would intervene because it was clear that there would be no amicable parting of ways between the fighters, and Fury would then address Wilder’s manager Shelly Finkel.

“I’ve never cheated in my life,” Fury continued. “I play fair and square. He’s got a bad hatred towards me, I don’t know why. But let me tell you, he lost like a man tonight, put me down three times [it was actually twice], I put him down four — great heavyweight fight.”

It’s likely that Fury and Wilder well never truly settle their dispute, at least as far as the personal side of things go, but professionally Fury is the better man who will get to call the shots going forward.