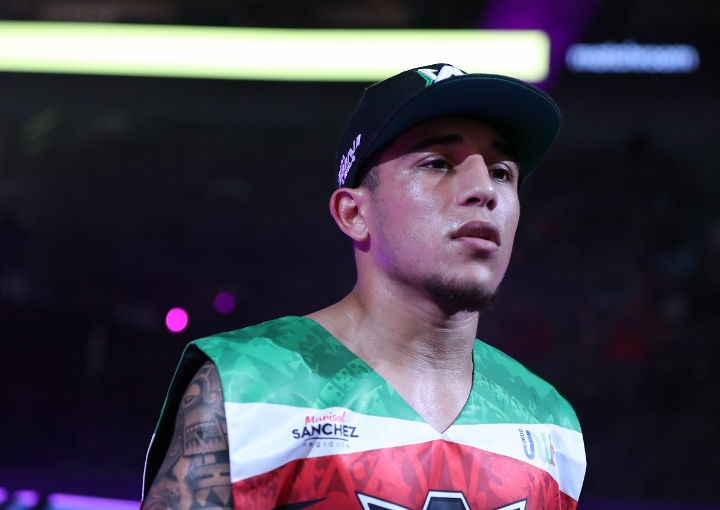 Axel Aragon Vega was at his heaviest weight in nearly three years but still well within the limit for his next fight.

Vega weighed 107.6 pounds, his heaviest since weighing 109 ¾ pounds in a March 2019 win over Julio Cesar Morales following his first major title bid. The 40-year-old Torres weighed right at the 108-pound limit for his fourth appearance at this venue, all coming within his last five starts.

Vega (14-4-1, 8KOs) last fought in a title bid versus unbeaten WBA junior flyweight champ Hiroto Kyoguchi this past March at American Airlines Center in Dallas. Vega—a 4’9 ½” contender from Ensenada, Baja California—sought to become the shortest champion in boxing history, faring well through four rounds versus Kyoguchi who is widely regarded as the division’s best.

The dream turned into a nightmare in round five, when Vega broken hand in round five and was rendered unfit to continue. It was his second attempt at a major title and first as a junior flyweight, having previously bid for the WBO strawweight title in an October 2019 rematch with WBO strawweight titlist Wilfredo ‘Bimbito’ Mendez. A clash of heads ended their fight just seconds into round seven, leaving Vega to suffer a split decision defeat, though in a far more competitive affair than was their first fight more than a year prior.

Torres (26-19, 19KOs) heads back home to Mexico for his first fight since a fourth-round stoppage to junior flyweight contender Jonathan ‘Bomba’ Gonzalez this past May in Tampa. The loss snapped a five-fight win streak including three prior appearances at this venue where he is unbeaten (3-0, 2KOs).