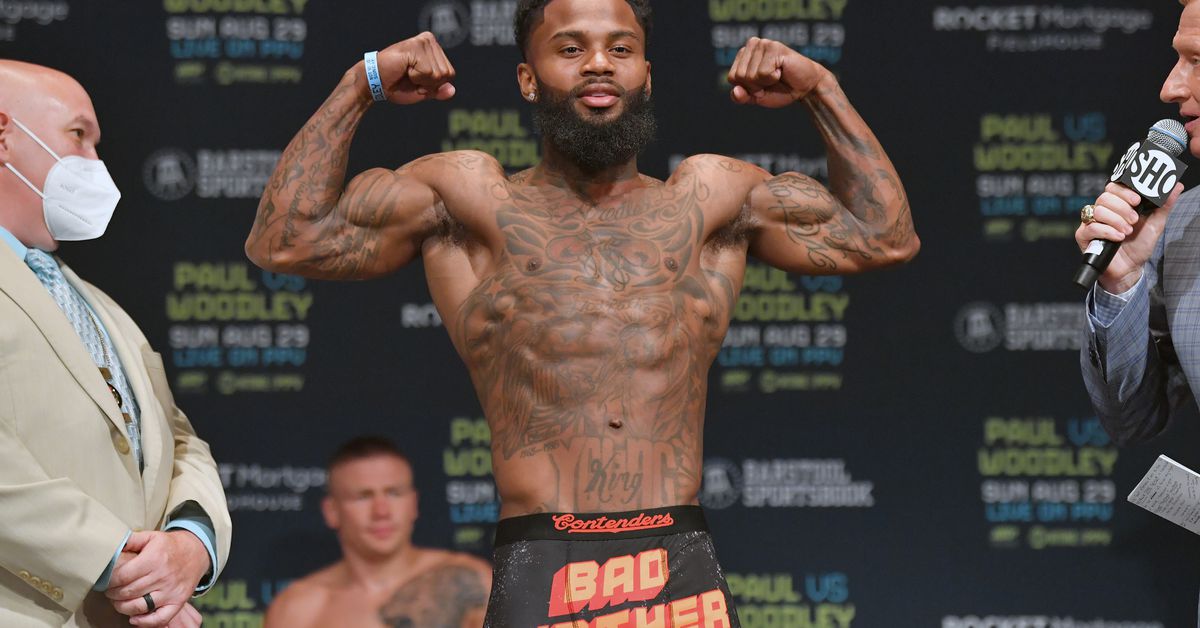 During today’s press conference for this Saturday’s Mikey Garcia vs. Sandor Martin card, Eddie Hearn revealed that he’s signed unbeaten super lightweight prospect Montana Love, who will make his Matchroom debut in December on either a Devin Haney or Teofimo Lopez card.

“I’m very excited, definitely happy to be part of the team,” said Love. “Eddie came to me, and we worked out a fantastic deal; I feel he’s the best in the business, and this is going to be amazing.

“I had lots of offers on the table, I talked to everyone, and we reached out to Eddie, he felt good about us, and we felt good about him. Eddie talks with paper, not just words out of his mouth, so everything he says is followed through in the deal and the contract. I like that. I know he’s going to deliver for me on everything he’s said.

“I’m still growing, and I’m at the point where I can see my peak. I’m opening up and developing more like a fighter and a person. Right now, it’s an exciting time to watch me.

“The biggest thing for me is to build my brand too. So that when the big fights do come along, the value and worth of the battles will be tremendous. I want to get to that superstar level so that when we go fight a Josh Taylor or Mikey Garcia, we are selling out and doing those numbers that Anthony Joshua and Canelo are doing.

“The Baranchyk fight was great for me in the ring and out the ring. I was the underdog going in there, and nobody expected me to win. It took me to a new level, beating a top ten fighter, and doing it in Cleveland was terrific. The energy and the atmosphere were so good, and I want to experience that again.

“Cleveland has never really had a World champion, and I want to be that guy. Shaun [sic] Porter is from Akron, and that’s close by, but he never had a title fight in Cleveland, so that would be a dream – to be the guy to do that and then bring the fans out and get boxing too. Grow in the city.”

After fighting just once each in 2018 and 2019, the 26-year-old “Too Pretty” has already squeezed three ring appearances into 2019, starting with a decision over veteran spoiler Cameron Krael in April and continuing with a second-round knockout of Olaide Fijabi two months later. His biggest victory to date came in August, when he out-warred Ivan Baranchyk to steal the show on Paul-Woodley and stop “The Beast” in seven.

Even with Baranchyk’s obvious decline, that sort of win is a feather in the cap for anyone, and Love will definitely have plenty of eyes on him. Any ideas for who among the Matchroom roster should welcome him back to action?

‘AFTER CONOR BENN, AM I STILL THE BAD GUY?’ – Eubank Jr readies for GGG & Dismisses Smith
Anthony Yarde: I Wouldn’t Know What I’m Made of Without Losses
OFFICIAL: Benavidez vs Plant set for Mar. 25 SHO PPV main event
Editor’s Letter: It’s likely to be a long road back for Chris Eubank Jnr
Johnny Nelson to Chris Eubank Jr “DO NOT TAKE REMATCH!”