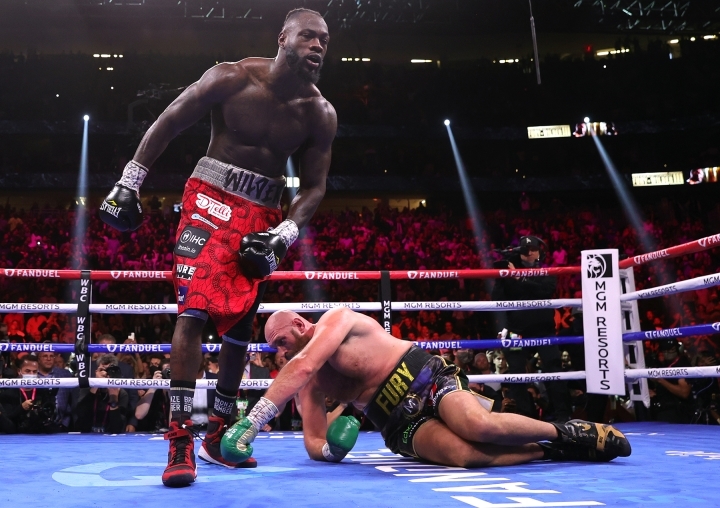 Last weekend at the T-Mobile Arena in Las Vegas, Wilder was knocked out in the eleventh round of his trilogy fight with WBC world champion Tyson Fury.

Atlas was never overly impressed with Wilder’s record – even with the impressive run where he knocked out every opponent that he ever faced outside of Fury.

But Atlas now views Wilder in a new light.

Wilder was knocked down hard in the third round and the end appeared to be near. But, Wilder came right back to score two knockdowns of his own in the following round.

In a show of courage, Wilder absorbed a lot of big shots as the fight played out. He was dropped in the tenth, and then in the eleventh, with the fight being waved off upon the third knockdown.

“Wilder fought a bunch of hand-picked guys. I mean, who did he beat,” Atlas told Submission Radio. “Other than [Luis] Ortiz who was 40 years old? Who did he beat?

“It was like, they lined up a bunch of bowling pins in a bowling alley and he knocked them over. He fights his… first real fight, maybe, you could argue and it’s with [Tyson] Fury and a lot of people thought he lost. He gets a draw and then he fights the rematch and then he gets run over.

“That’s what [Deontay Wilder] did that night and that’s why the fans now respect him in a whole different way, even though he lost.”

Dillian Whyte Wants Both Boxing, MMA Fight With Francis Ngannou: ‘I Would Bash Him’
Sources: Joshua-Franklin close for April 1 at O2
FUNNY!! • KSI w/ dad. ”WHAT DID YOU THINK KSI WOULD DO WHEN HE GREW UP? ” – #Shorts
The BN Preview: Joseph Parker and Jack Massey are The Odd Couple at heavyweight
Ramirez vs Dogboe interim title fight official for Apr. 1 in Tulsa