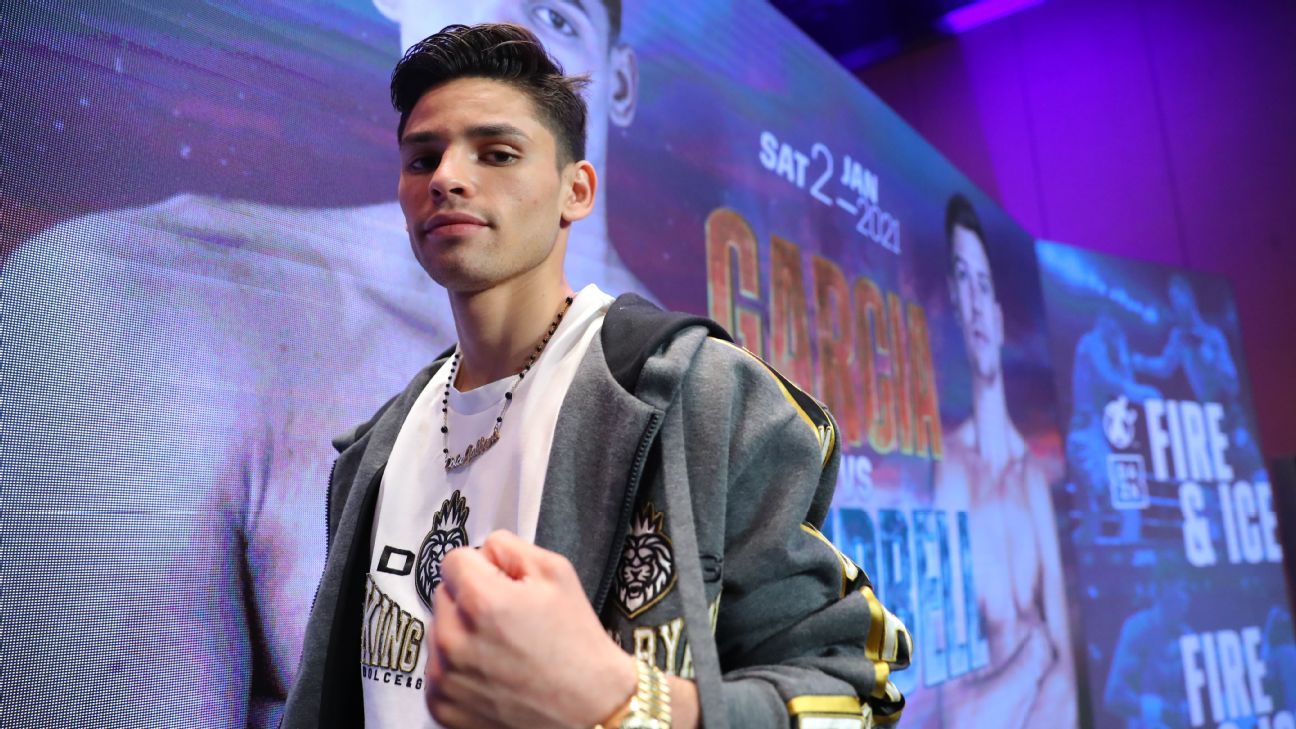 Lightweight star Ryan Garcia announced on Friday that he will undergo surgery on his right wrist, forcing his scheduled Nov. 27 fight with Joseph Diaz Jr. to be be postponed.

In a statement, Garcia said he suffered an injury to his right hand during a training session. Surgery is scheduled for Monday.

Golden Boy Promotions, which promotes both boxers, is eyeing February for the rescheduled bout, sources told ESPN. The fight wasn’t formally announced, but both boxers told ESPN last week that a deal was struck.

The DAZN main event was set to be Garcia’s first fight since he withdrew from a July 9 bout with Javier Fortuna to focus on his mental health.

“Since he came out and beat Fortuna, I took the opportunity to beat JoJo,” Garcia told ESPN last week. “Now it ends questions if I was scared to fight Fortuna.

Garcia (21-0, 18 KOs) delivered a career-best performance in January with a seventh-round TKO of Olympic gold medalist Luke Campbell. The boxer, who is trained by Eddy Reynoso alongside Canelo Alvarez in San Diego, possesses perhaps the fastest hands in boxing.

The 23-year-old was preparing to face his first former champion in what figured to be the toughest test of his career.

Diaz (32-1-1, 15 KOs) stepped in to fight Fortuna in July and scored the biggest win of his career in his lightweight debut.

The 2012 Olympian looked stronger and more fit at 135 pounds after struggling to make the 130-pound limit. The 28-year-old was stripped of the title ahead of his February defense vs. Shavkatdzhon Rakhimov; Diaz weighed 133.5 pounds for that matchup.

He won a 130-pound title in January 2020 with a decision victory over Tevin Farmer. The 28-year-old’s other title challenge came at 126 pounds against Gary Russell Jr. in 2018. Diaz entered ESPN’s 135-pound rankings at No. 7 with the Fortuna win.

“I’m stopping him and ending the hype train once and for all,” Diaz told ESPN last week. “I’m gonna take it to him. Everything I’ve been through in and out the ring will be shown that night. He’s finally in with a live dog.”

Garcia, ESPN’s No. 5 lightweight, boasts nearly 9 million followers on Instagram and is a proven box-office draw, having attracted sizable crowds in Southern California and Texas.

Panel: How much interest do you have in seeing a rematch between Liam Smith and Chris Eubank Jnr?
When it comes to Artur Beterbiev, sparring partner Callum Simpson says: “Believe the hype”
Easter vs Fortuna FULL FIGHT: January 20, 2018 | PBC on Showtime
Tim Tszyu-Tony Harrison Interim WBO Title Fight Set, March 12 In Australia
Eubank will “let the dust settle” before deciding on Smith rematch