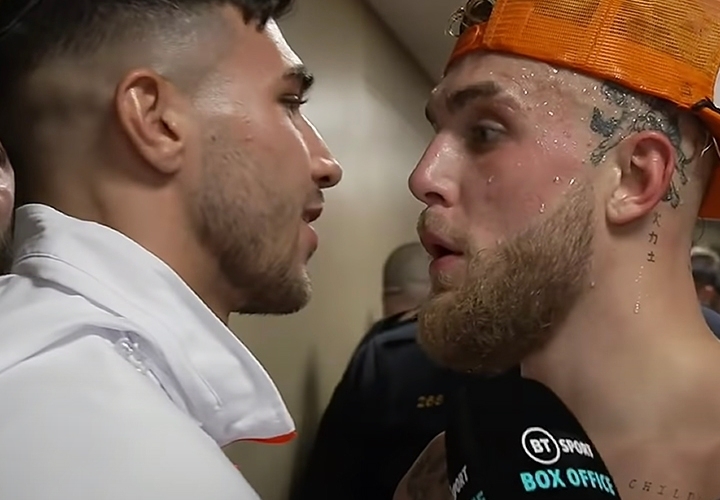 The 22-year-old Fury, the younger brother of WBC heavyweight champion Tyson Fury, is nearing an agreement to fight Paul.

For weeks, the two sides were apart on the money – but a few days ago the news broke that they were very close to reaching a deal on the financial terms.

“Things are looking up now between that fight,” Fury said to TMZ, “so hopefully we should get it closed in the next few weeks so we’ll see.”

Back in August, they appeared on the same card in Paul’s hometown of Cleveland.

Fury opened up the pay-per-view portion of the show when he won a four round unanimous decision over Anthony Taylor to raise his record to 7-0, with four wins by knockout.

The 24-year-old Paul appeared in the main event, and went the full distance for the first time in winning an eight round decision over former UFC champion Tyron Woodley. Paul raised his record to 4-0, with three wins by knockout.

Fury views the bout with Paul as an “easy” opportunity.

“This is an easy fight for me. A real easy fight,” Fury tells us, “I’ve been doing this job since I was 7. He’s not a boxer. He’s gonna see that when we fight.

“I will end his boxing career. There’s no more Jake Paul after we fight. That’s it.”

Outside of a big payday, Fury doesn’t see any upside in handing Paul his first career defeat.