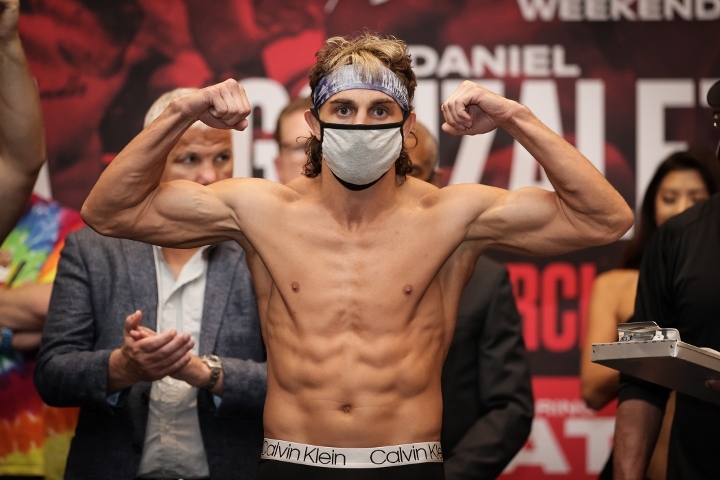 Cletus Seldin continues to stay true to his moniker.

“The Hebrew Hammer” overcame a slow start to drop Brazilian William Silva with a pair of right hands in the seventh round, compelling referee Benjy Esteves Jr. to immediately wave off the 140-pound bout (set for 10 rounds) on the TrillerVerz card at the Barclays Center in Seldin’s hometown of Brooklyn, New York.

Silva, who trains in Florida, lay crumpled on the canvas for an extended period. He was seen walking around and smiling, however, as the decision was announced. The official time of stoppage was 24 seconds into round seven.

The win gives Seldin, who lives in nearby Bellport, Long Island, his fifth consecutive win ever since dropping a wide unanimous decision to Yves Ulysses Jr. in 2017, his lone career loss.

“This was the hardest training in my life,” Seldin said in the post-fight interview. “Just the year ago I was sleeping on the floor…after three cancellations of a fight, I am 100 percent giving myself an A+ on this. For all the hard work and determination I had to get here.”

Regarding the knockout punch, Seldin, who successfully defended his NABA 140-pound trinket, described it as his specialty.

“We always went for body, head, body, head, and coming with the right hand,” Seldin said. “If you go back and look at [what my] trainer said for that round, he said, ‘two jabs and throw a short overhand right.’”

“The distance was close and I was able to land it…I went home run with that combination, and I just put it through.”

Early on, the ring rust showed for Seldin, as the New York native had trouble tracking down the footloose Silva, who used every inch of the canvas to fight Seldin at a distance.

“I wasn’t expecting his movement as much,” Seldin admitted. “He was moving left and right.

“I was a little bit slow on it. The ring rust — I really just wanted to go in there and smash things. It was probably the biggest thing I had. I just wanted to wreck everything I [saw]. I had to be patient, work it out, and get back to my business with [Silva].”

In the sixth round, Silva fought to his strengths, boxing off his backfoot. Still, Seldin soldiered forward and managed to get in a hard left hook. Once again, Seldin finished strong, connecting on a right hand that seemed to briefly daze Silva.

In the fifth round, Seldin continued to apply effective pressure. He landed a right hand on Silva to punctuate the end of the round.

The two began to open up in the middle of the ring at the start of the fourth round. Both traded hard right hands in one exchange. With 30 seconds left in the round, Seldin clocked Silva with a right hand. He followed up with another right that stunned the Brazilian for the first time in the fight.

In the third round, Silva took advantage of a lull in Seldin’s offense to drill him with a straight right hand. Seldin, however, had more success closing the gap.

The first two rounds saw Seldin wade in artlessly, though he managed to connect on some hard right hands on Silva’s body. Silva answered with stiff jabs and straight rights of his own, while running circles over his adversary.