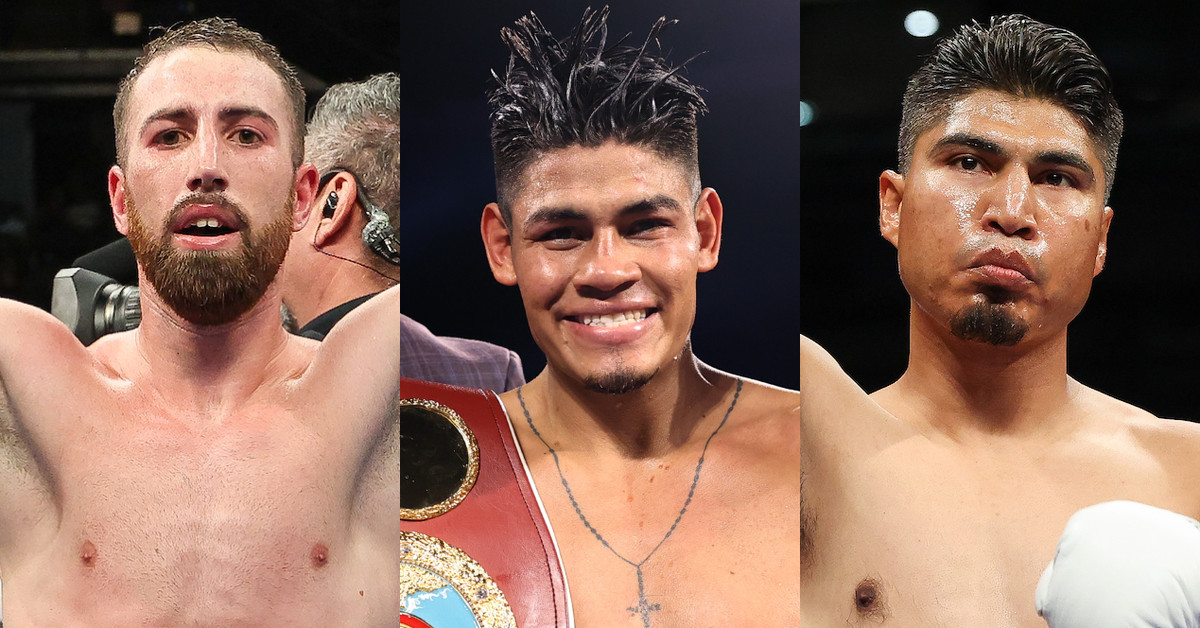 Boxing had a mildly quiet but really quite eventful weekend, with a couple of notable upsets, a world title changing hands, and some fights being set up that could be of real interest.

Navarrete’s win over Joet Gonzalez was a gritty one, a solid WBO featherweight title defense, and though ESPN’s Mark Kriegel asked about the possibility of a rematch, there’s really no need.

Navarrete did have to earn it, but he won clear, and it’s not as if it had been a big Fight of the Year contender or anything — though it was an entertaining, rugged fight.

So what now for Navarrete (35-1, 29 KO)? He’s raised his profile steadily since upsetting Isaac Dogboe in late 2018, and has become a real standout player in the lower weights. He probably should be considered the best featherweight in the world right now, what with Gary Russell Jr still being about half-active.

There are good fights at 126, the toughest of them being Russell, and Russell, again, probably isn’t going to fight Navarrete. He gets in the ring once a year, and despite having reportedly reached a deal to face mandatory challenger Rey Vargas, seems determined to keep to that and not do it until 2022.

Other than Russell, there’s IBF titlist Kid Galahad, who is set to defend his belt against Kiko Martinez on Nov. 13, and there’s Leo Santa Cruz, who still has the WBA belt and does intend to return to the division in December.

More likely, we’ll get a WBO contender. Mark Magsayo was No. 2 before No. 1 Gonzalez lost to Navarrete on Saturday, so he figures to be elevated to the top contender spot. Oleg Malinovskyi, who has never had anything near a major fight, should be right behind him. The other contenders who are possible aren’t much more interesting.

One interesting idea could be offering fellow Mexican Mauricio Lara a better deal than he’ll get to fight Josh Warrington again. Lara, of course, upset Warrington earlier this year, and their September rematch ended early in the second round due to a cut, creating a technical draw. Top Rank could also look at ninth-ranked Isaac Lowe, a friend of Tyson Fury’s. Lowe isn’t really a contender, but it could be a decent political move.

There is no obvious fight to make at 126. If Navarrete were to decide to move up to 130 — he’s got the size for it on paper — he could look at a fight with the winner of this coming weekend’s Jamel Herring-Shakur Stevenson fight, or Oscar Valdez, who holds the WBC title. All of those fighters are in the Top Rank stable and would be attractive matchups.

Martin (39-2, 13 KO) pulled a shocker on Saturday, upsetting Mikey Garcia in Fresno. Again, the idea of a rematch was floated, and it’s possible, though if it happened you expect it would be at 140 instead of the 145 lb catchweight they had this weekend. Garcia has said he wants to work back down to 140, and Martin really fights at 140 and said that’s what he wants to do going forward.

The rematch could be useful, but mainly for Garcia. For Martin to take it, it should really be because it’s the best money opportunity he can get, and by a good bit; otherwise, he should take the big-name W and get on with his career.

There is only one world champion at 140, which is Josh Taylor. Taylor’s set to face Jack Catterall on Dec. 18, and then it’s a question of what he wants to do. He could stay at 140 and possibly fight Teofimo Lopez in 2022, he could rematch Regis Prograis or Jose Ramirez, maybe, or he could move up to 147 and possibly chase a title there against Terence Crawford. There are a lot of variables there, of course. Taylor has to beat Catterall, Crawford has to beat Shawn Porter, Lopez has to beat George Kambosos Jr and choose to move up in weight, etc.

If Taylor were to vacate at 140, four titles would scatter to the wind. Martin could get a shot at one. But otherwise, you never know in a situation like this. He could wind up totally avoided as easily as get another big fight. That’s a reality of how boxing works, but he does have some Matchroom backing, as he got this fight because he’d fought on

First things first, Mikey Garcia absolutely has to accept he is not a welterweight. At this point, it’s far from just getting routed by Errol Spence Jr. He also had plenty of trouble with Jessie Vargas, a good fighter but no Spence, and now he lost clean and fair to Sandor Martin, a European-level junior welterweight.

Mikey probably will accept that. Frankly, he doesn’t have a lot of choice — it can’t get much clearer at this point, and it would be sincere delusion if he continued to convince himself he’s got the tools to be a top player at 147. He is quite literally just not built for it.

But from there, other things he might want to consider get a lot murkier.

Garcia (40-2, 30 KO) is 33 years old, and his jumps around in weight and a few real career layoffs — and, in at least some cases, putting on significant weight between fights — might make him an old 33.

He looked washed on Saturday night, straight up. I’d like to think he isn’t, that he can find some motivation, get back down to 135 (yes, 135, not 140), and make another good career run, but the guy we saw Saturday just looked like he couldn’t pull the trigger enough, and this supposed master boxer was out-boxed by Sandor Martin. I hate that that sounds disrespectful to Sandor Martin, but I mean, it’s the reality of this situation. No one thought Martin was some elite fighter before, and they probably shouldn’t now.

You have to wonder if Mikey Garcia really wants to fight anymore. He hasn’t seemed fully committed in a while now, and there’s no longer a Manny Pacquiao fight to fruitlessly chase after. I would be surprised but not shocked if he decided to hang up the gloves, but if he doesn’t, I hope we can see a dedicated, focused Mikey Garcia return, whatever he does next. But he has some hard questions to ask himself at this point.