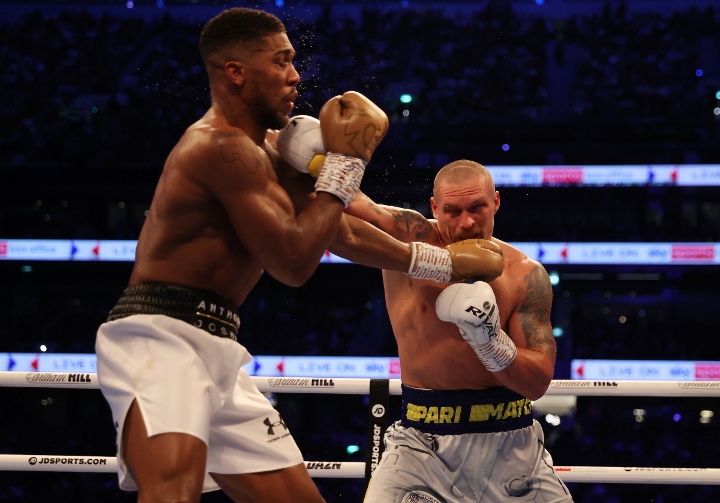 He feels Joshua is not displaying the same type of confidence in the ring and is too worried about getting hit.

Back in June of 2019, Joshua was dropped four times before his bout with Ruiz was stopped in the seventh round.

In their rematch, which took place six months later, Joshua played it safe and outboxed Ruiz over twelve rounds for a decision win.

He came back the following year and stopped Kubrat Pulev in a mandatory defense. In that fight, some observers felt Joshua was still a step or two behind the aggressive boxer who put away Wladimir Klitschko and Dillian Whyte.

“It’s a different mentality. Joshua, his mentality is way different than Tyson Fury. Joshua’s okay, it just seems like he’s comfortable with losing a fight,” Bradley said to Fighthype.com.

“He’s gracious and whatever you want to call it, but it’s too easy for me. Boss, it’s hard to train when you’ve got the whole world at your feet. It’s hard to train and stay focused and stay dedicated and having that hunger and desire. Because success, that weakens [the mind], and I think in the Ruiz fight – I think that ruined him.

“I think that ruined his confidence, I think he’s also scared to get hit. He’s gun shy, don’t wanna throw because he’s afraid of getting hit, so that’s why you didn’t see him throw.”

The second fight with Usyk will take place in the first quarter of 2022.

In order to get revenge, Bradley says Joshua would need to fight like the bigger man instead of trying to outbox Usyk.

“He has to talk with himself and say ‘hey, how do you want to be remembered?’ Where’s the guy that fought Klitschko? Where’s that guy? You bring that guy out, you beat a guy like Usyk. It seemed like he starting to get the game plan but then he just kinda ran out of juice and he was just okay, he just laid down like – ‘alright well I’m okay with just losing, it’s fine, I’ve lost before. I got the rematch clause, the whole nine.’”