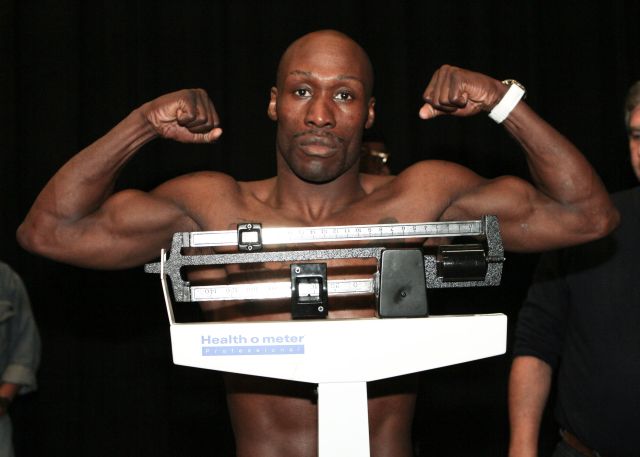 Corley, a veteran of 85 fights (51 wins, with 21 coming by way of knockout), makes his return after a two-year layoff due to Covid-19. In his last bout, in Toronto in March 2019, Corley moved up to 147 to face prospect Custio Clayton, losing via stoppage.

Corley currently trains in Las Vegas, where he’s lived since becoming stuck in the city when travel became restricted due to Covid-19. Corley’s goal? Getting the win against Hines, and then getting the opportunity to call out the top names at 135 and open the door for a big fight.

The 47 year-old knows that people will have their doubts due to his age, but he plans to convince the world that his age doesn’t define him.

“People always talk about age, but I’m at the same level as I was when I was younger,” Corley said. “I don’t drink, smoke, party.  I’m always in the gym, and ready for the call.”

“He shouldn’t have taken the fight,” Corley continued. “You shouldn’t fight someone from your own city. I’m going to f$%# you up and end your career.”

Cornell Hines, who was only three years old when Corley made his professional debut in 1996, has other plans for his opponent. He will be looking to silence the doubt of those around him who question his ability to offset Corley’s experience.

After spending months in jail facing charges for confronting a former friend and fellow boxer who defrauded him, some are worried about ring rust. Hines knows differently.

“I spent all my time in jail working out,” the 28 year old said.  “I was either reading or working out. If anyone doesn’t think I’m in the best shape of my life, they’re wrong.”

He also hasn’t fought since the pandemic began, losing via unanimous decision to undefeated prospect Eben Vargas. It was a fight he took on two weeks’ notice, and it would be the last he’d fight with Golden Boy Promotions, who had signed him after his first professional fight.

“I naturally fight at 140. They were matching me against several different fighters, one as big as 154,” Hines said. “As tough as Eben was, he was the easiest they’d proposed during that time, and had I been ready, it would have been an easier fight than those I’d already won.”

“If you watch the fight, I won the first round easily, but then gassed out because I wasn’t at my best. I think it would be a different story if we fought today,” he continued.

It’s a crossroads fight for both fighters – Corley is looking to get a big fight, and Hines to get back on the radar as a top prospect. The compelling bout will showcase youth versus experience and have DMV boxing fans choosing between two hometown favorites.

The bout will be the co-main event, supporting the headline bout between Cobia Breedy and Suliaman Segawa for the WBC Continental Americas Championship.

Anthony Yarde: I Wouldn’t Know What I’m Made of Without Losses
Artur Beterbiev on Dmitry Bivol: ‘Of Course, I Want This Fight’
Beterbiev stops Yarde for 19th straight knockout
De La Hoya Optimistic that Tank-Garcia Will Lead to More Collaboration With PBC
Overcoming Artur Beterbiev is Anthony Yarde’s toughest challenge yet, but he’s entering the ring without fear