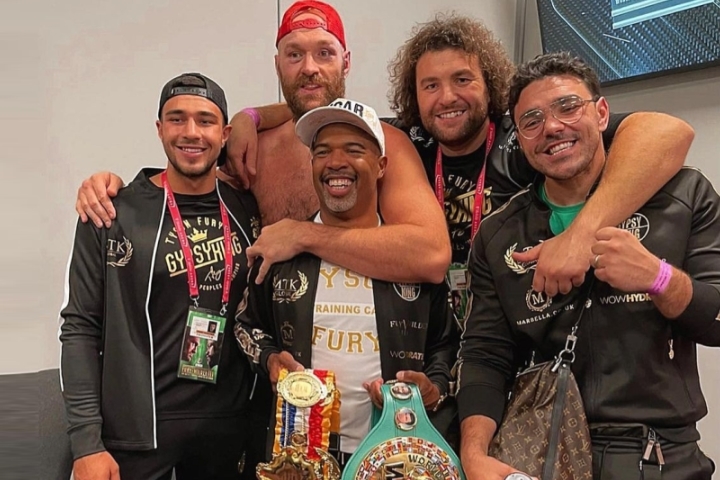 John Fury has warned his youngest son, light heavyweight prospect Tommy Fury, that he would catch a beating from his brothers if he suffered a loss at the hands of Youtube star Jake Paul.

Fury and Paul are very close to reaching an agreement for a pay-per-view showdown, which may take place by the end of the year.

Back in August, Fury and Paul were both in action on a Showtime Pay-Per-View card from Paul’s hometown of Cleveland.

If he loses to Paul, John Fury promises that his son Tommy’s boxing career would come to an end that night.

“We’re nearly there with the business side of it with Jake Paul,” John Fury told GiveMeSport.

“They’re being greedy, but like I say, we know our worth, we want as much as we can out of this job. But we’re nearly there, this fight is going to happen, we’re 99.9 percent of the way there. It’s almost done, we’ve just got a few T’s to cross and I’s to dot and we’re nearly there over the line, but it will happen.

“Will Tommy beat Jake Paul? Absolutely. He’s a silly man because believe me, like Jake Paul is saying, if Tommy lost to Jake Paul, he would have to change his name to ‘Tommy Fumbles’.