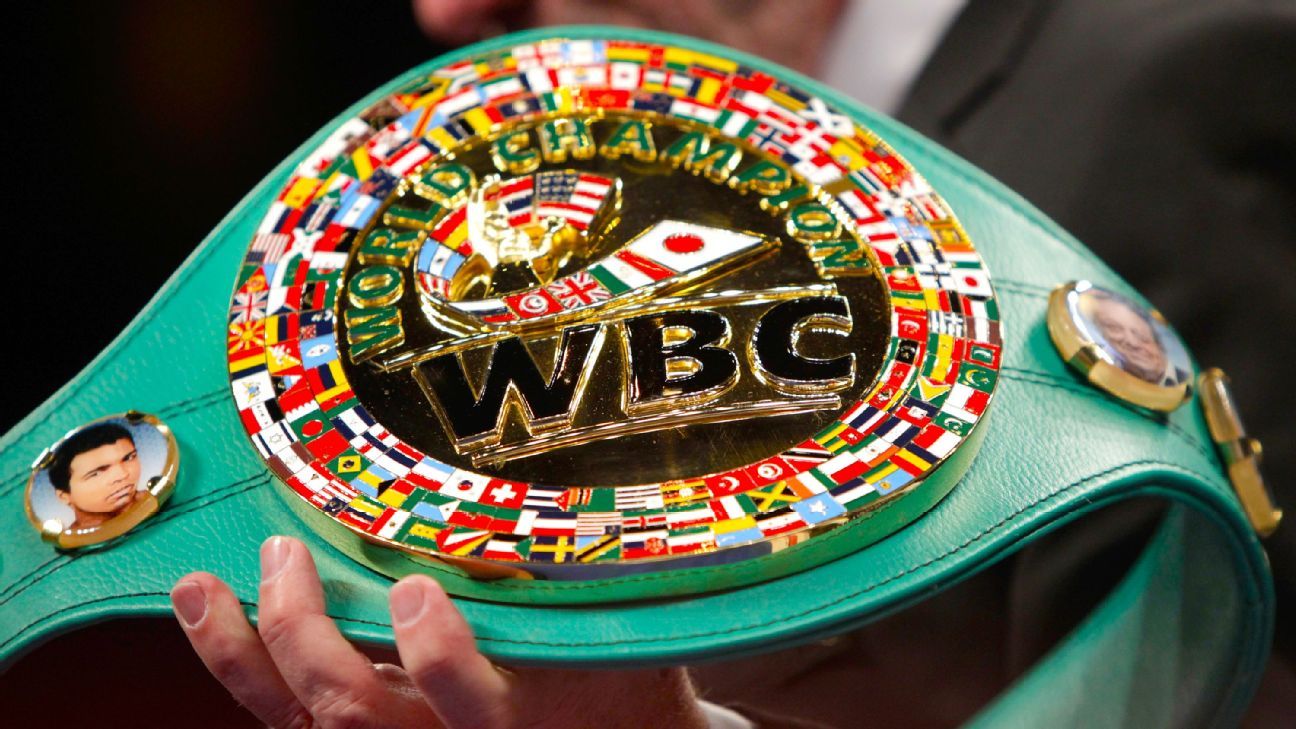 Boxing has 17 weight classes, more than double the number the UFC, the top organization in MMA, carries. But that didn’t stop the WBC from creating an 18th division.

When Oscar Rivas and Ryan Rozicki meet on Friday in Montreal (ESPN+, 8 p.m. ET), that new division, bridgerweight (named after then 6-year-old Bridger Walker, who in July 2020 saved his 4-year-old sister from a dog attack and needed 90 stitches on his face) covers fights from 201 to 224 pounds and will have its inaugural champion. Bryant Jennings was originally Rivas’ opponent but couldn’t enter Canada because he’s unvaccinated.

Tyson Fury, at 277 pounds, was one of the largest heavyweight champions when he scored an 11th-round knockout of Deontay Wilder in an epic fight on Oct. 9.

The WBC didn’t create a super heavyweight division — it does exist in the Olympics — but rather added a weight class in between cruiserweight and heavyweight. Cruiserweight was formerly contested at 190 pounds before the limit was moved to 200 pounds in 2004.

Here’s everything you need to know about the first-ever bridgerweight title fight ahead of Friday’s meeting between Rivas and Rozicki:

Why add an 18th weight class?

The reason, WBC president Mauricio Sulaiman argues, is that today’s heavyweights are simply too big, making it unsafe for some of this era’s smaller big men. While it’s true that heavyweights are indeed larger than ever before, skeptics believe it’s simply another way for the Mexico-based organization to generate money. After all, the former undisputed cruiserweight champion, Oleksandr Usyk, soundly defeated the far larger Anthony Joshua in September for the unified heavyweight championship.

Usyk weighed 221 1/4 pounds, a bridgerweight in the WBC’s eyes; Joshua was 240 pounds. The Ukrainian won a gold medal at the 2012 Olympic Games in London as a heavyweight ; Joshua was the super heavyweight gold medalist at those same games. There are other examples, too.

When David Haye, another unified cruiserweight champion, challenged heavyweight titleholder Nikolai Valuev in 2009, Haye conceded 99 pounds. He weighed 217 pounds, what would be classified as a bridgerweight, while Valuev came in at 316; Haye clearly won the fight and badly rocked Valuev in the final round.

Has any other sanctioning body adopted the bridgerweight division?

So far, only the WBC has 18 weight classes, and there appears to be no interest from the other three major sanctioning bodies — WBA, WBO or IBF — in adding another division (at least at this time). Many fighters have also rejected the idea of being ranked at bridgerweight — former cruiserweight champions Murat Gassiev and Usyk chief among them.

The WBC rankings at bridgerweight feature boxers who would be fringe contenders at both heavyweight and cruiserweight. It’s also notable that thus far, there hasn’t been any serious interest from the major players in putting on a bridgerweight fight. Friday’s card is promoted by Yvon Michel, the leading promoter in Canada.

That’s not to say other organizations or promoters won’t adopt the new division. If there’s money to be made in boxing, usually the powers that be follow suit. The WBC introduced the cruiserweight division in 1979 and the WBA didn’t follow until 1982. The IBF was next in 1993. The WBO wasn’t recognized as a major sanctioning body until the first decade of this century.

Why did Jennings withdraw from the fight?

Jennings, a former heavyweight title challenger, has been vocal on his social media platforms against COVID vaccine mandates.

The Philadelphian would have needed to be fully vaccinated to cross the Canadian border, or in lieu of that, submit to a 14-day quarantine. He refused both, claiming them to be “unethical requirements,” and was pulled from the fight by Michel.

“My only option to participate as [an] unvaccinated professional combat sport [athlete] can’t be to quarantine in a hotel room [two weeks] prior to a fight,” Jennings tweeted. “Proper training and preparation is impossible. I’ll be the [first] fighter that had to back out of a title fight due to being unvaccinated.

The former heavyweight title challenger fought Rivas in January 2019, an entertaining bout that Rivas won via 11th-round TKO. The 37-year-old Jennings has competed once since that loss, a July 2019 decision defeat to Joe Joyce, ESPN’s No. 9 heavyweight.

What did Rivas and Rozicki do to earn the title shot?

That’s particularly difficult to figure out. There’s no doubting Rivas’ talent, a heavyweight that belongs somewhere between No. 11 and No. 20 in the world. But he’s fought just twice since that win over Jennings — a July 2019 decision loss to Dillian Whyte (ESPN’s No. 6 heavyweight), and a March stoppage win over journeyman Sylvera Louis.

The 34-year-old Colombian, who resides in Montreal, weighed 234 pounds and 239.25, respectively, for the bouts with Jennings and Whyte. He was 221.25 pounds for the win over Louis.

Rozicki, also a Canadian, has competed at cruiserweight his entire career. His most recent bout, coincidentally, was also a TKO win over Louis.

Tszyu: The plan is to sink and drown Harrison, move on to Charlo fight
De La Hoya ‘One Hundred Percent Certain’ On Delivering Davis-Garcia
Artur Beterbiev-Oleksandr Usyk? Beterbiev Doesn’t Think It’s Out Of The Question
BN Verdict: Brilliant Yarde does everything but win against brutal Beterbiev
Sulaiman threatens to block Beterbiev vs Bivol due to Russia sanctions