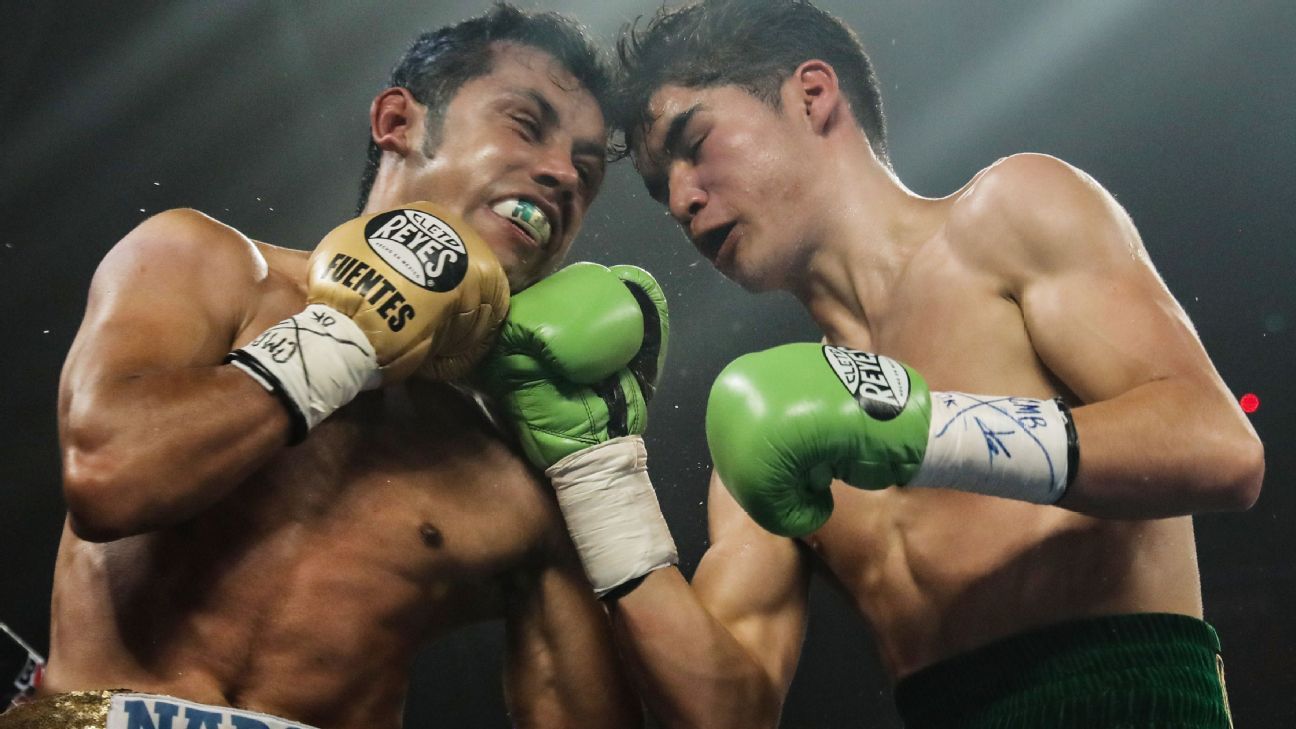 Former champion Moises Fuentes underwent emergency surgery Sunday morning to reduce swelling in the brain after a blood clot was discovered, the result of a knockout loss to David Cuellar on Saturday in Cancun, Mexico, promoter Oswaldo Kuchle told ESPN.

The 36-year-old remains in a medically induced coma at Hospital Amerimed in Cancun. His family, who is from Mexico City, travelled to Cancun on Tuesday to be with Fuentes.

“His surgery went well, we believe that we could have more information in a couple of days,” Kuchle said. “The next 72 hours is very critical to see how he recuperates from swelling in the brain. Right now he’s stable. There’s nothing to do but wait and see how he comes out of this.”

Fuentes (25-7-1, 14 KOs) was fighting for the first time in over three years; the knockout was his fifth loss in six fights and fourth by KO. His previous defeat came in September 2018 against future Hall of Famer Roman Gonzalez.

The 115-pound fight — the main event of an ESPN+ show — ended in Round 6 after Cuellar (20-0, 13 KOs) connected with a brutal two-punch combination that rendered Fuentes unconscious. He was immediately placed on a stretcher and transported to the hospital. The fight was one-sided until the finish with Cuellar punishing Fuentes throughout.

Fuentes won a 105-pound title in 2011 and successfully defended it twice, most notably with a fifth-round stoppage of longtime champion Ivan Calderon. Besides the defeat to “Chocolatito” Gonzalez, Fuentes has also been knocked out by Donnie Nietes, Kosei Tanaka and Daigo Higa; all won world titles.

The traumatic brain injury is the latest in a long string of such in-ring incidents in boxing. In July 2019, Maxim Dadashev died following a TKO loss to Subriel Matias.

In October of that year, Patrick Day succumbed to injuries suffered in a KO loss to Patrick Day. Adonis Stevenson, a former light heavyweight champion, suffered a TBI in a 2018 KO defeat to Oleksandr Gvozdyk; after a lengthy hospital stay, he recovered and is speaking and walking.