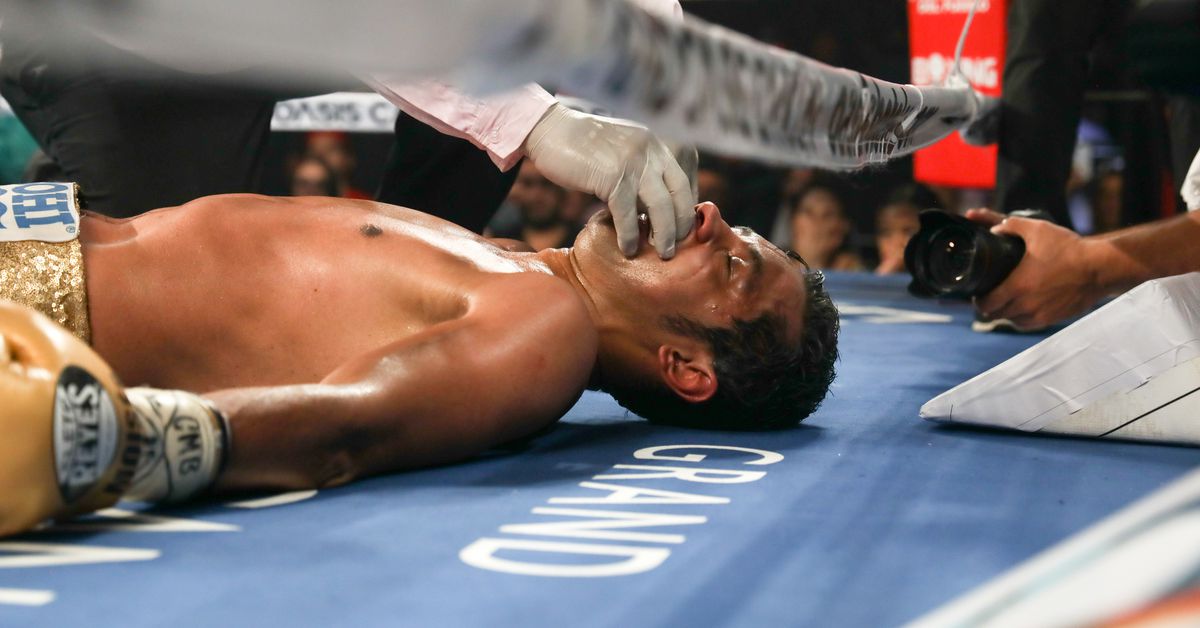 It’s with regret that inform you all that former titleholder Moises Fuentes (25-7-1, 14 KOs) was forced to undergo emergency brain surgery stemming from his knockout loss to David Cuellar over the weekend in Mexico.

ESPN cites Fuentes’ promoter, Oswaldo Kuchle, who says that Fuentes was discovered to have a blood clot in his brain following the KO, and that the fighter remains in a medically induced coma as everyone waits to see how well he recovers.

“His surgery went well, we believe that we could have more information in a couple of days,” Kuchle said. “The next 72 hours is very critical to see how he recuperates from swelling in the brain. Right now he’s stable. There’s nothing to do but wait and see how he comes out of this.”

This is obviously the latest in a string of tragedies that continues to be something of a black cloud over the sport. We obviously all wish that nothing gets worse for Fuentes here, and that he recovers as best and as soon as possible.

Barrios vs. Santiago, Pero vs. Faust Set For Vargas-Foster Tripleheader
Gary Russell Jr: “I Would Fight Isaac Cruz, I’ll Burn His Ass Up”
Liam Smith on KO of Eubank: I Told You All Week, Don’t Be Surprised!
Highlights and results: Saracho upsets Francis in ProBox TV’s first Wednesday night show
Bradley: An open letter to Beterbiev and Yarde — with a game plan for each