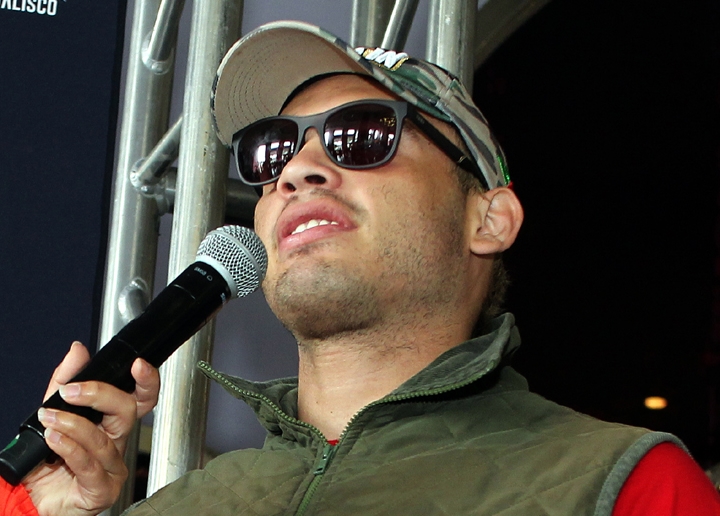 Former WBC middleweight champion Julio Cesar Chavez Jr. is back in training, with an eye of fighting again on a date in December or January.

Chavez Jr. has been out of the ring since June 19, when he lost an upset decision to aging former UFC champion Anderson Silva.

“I want a fight for December or January,” Chavez Jr. said.

At 35-years-old, Chavez Jr. has lost three of his last five ring appearances since 2019.

He was stopped by Daniel Jacobs in five rounds in December 2019, and lost an upset technical decision to Mario Cazares.

Since snapping a two-year layoff and returning to the sport in 2019, Chavez Jr. has struggled to get back down to the super middleweight limit of 168-pounds – where he vowed to win a world title.

Several of his fights, including the defeats against Jacobs, Cazares and Silva, were scheduled to take place around the super middleweight limit – with weight increases being necessary when it was apparent Chavez Jr. would not make the contracted limit.

The loss Silva, 46-years-old, was viewed as a massive setback to his boxing career.

The boxer’s famous father, Julio Cesar Chavez, was furious with the outcome of Silva fight and openly advised his son to retire from the sport if he continued to take shortcuts in training camp.

In the aftermath of the Sliva defeat, Chavez Jr. disappeared from the social networks, where he was quite active in the past, to get his head together. He recently reappeared to show off some of his training footage.