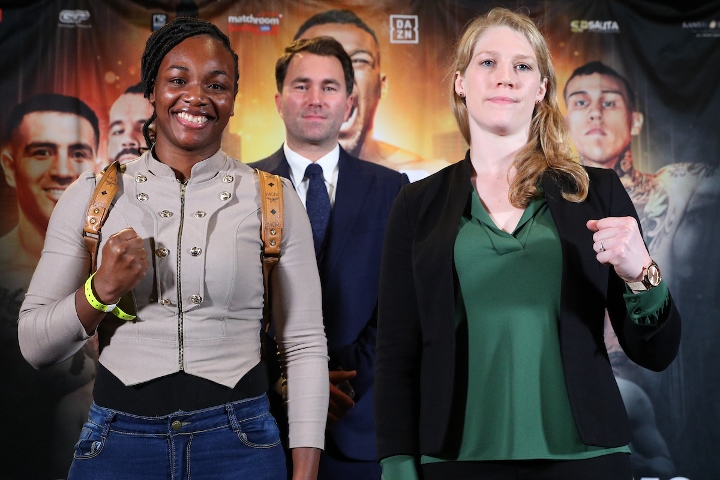 Hannah Rankin has given her prediction on the big boxing debate about who wins between Claressa Shields and Savannah Marshall.

In what would be the biggest fight in women’s boxing history, WBO World Middleweight champion Marshall, from Hartlepool, and America’s Shields – who holds all the other world title belts at middleweight – are slated to meet in a big unification clash in the near future.

Marshall is the only person to have ever beaten Shields (in a 2012 amateur bout), and there appears to be no love lost between the pair. Both are undefeated as pros – Marshall, 10-0 (8), Shields, 11-0 (2) – and most ‘experts’ are undecided about who comes out on top if they do ever clash.

If anyone does have the perfect insight into who the victor might be then Rankin, the former International Boxing Organisation (IBO) World Super Welterweight champ, is it. The 30-year-old Scot has faced both – in 2018, Rankin gave Shields ten hard rounds in an away-from-home loss in the States; while last year she pushed Marshall all the way – up at middleweight – before succumbing to defeat inside seven.

Ahead of her own big night on November 5th at at Tottenham Hotspur FC’s Banqueting Hall, where she will take on Sweden’s Maria Lindberg for the vacant IBO and WBA World Super Welterweight Titles live on Fightzone – Hannah has revealed her pick for who takes all the marbles between Shields and Marshall.

“Having fought both of them, I see Claressa winning that fight,” explained Rankin.

“When the fight does happen … I hope it’s going to be happening soon because it’s such an exciting fight.  It will be a real blockbuster for women’s boxing between two top level fighters, and middleweight is such an exciting weight category anyway.

“Claressa has a huge reputation and Savannah is building hers up too. It has all the hallmarks of a fantastic fight but I’m going for Claressa for the win.”