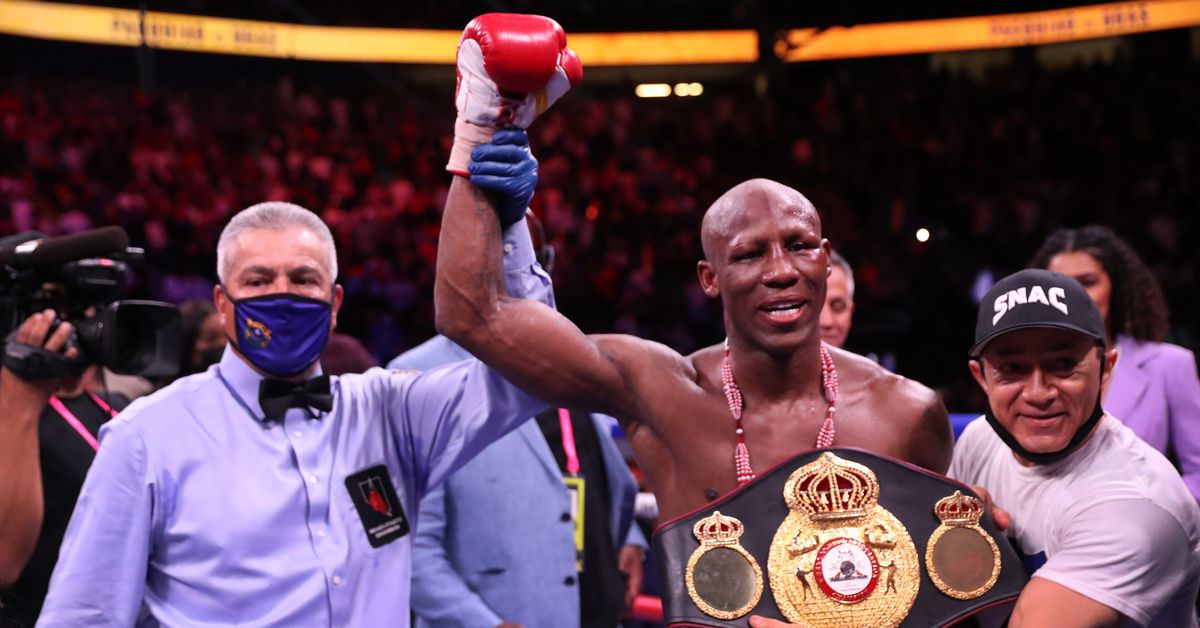 WBA welterweight titleholder Yordenis Ugas won’t be getting the fight he wants, with the the sanctioning body officially denying his request to unify titles with Errol Spence on Feb. 22, and instead ordering him to face Eimantas Stanionis as part of a four-fighter tournament to crown only one champion in the division. The other bracket has Jamal James facing Radzhab Butaev, with the winner of those two bouts to fight for the title Ugas currently holds.

Ugas has made his feelings clear on the matter on social media, say he believed it to be disrespectful for the WBA to force him to fight in a box-off for their title when he recently took the title off the hands of future Hall of Famer Manny Pacquiao. But it doesn’t seem, however, that the WBA cares much about Ugas’ feelings on the matter, who now has 30 days to reach terms with Stanionis.

As mentioned, Ugas (27-4, 12 KOs) is coming off the biggest win of his professional career, subbing-in on short notice to beat Manny Pacquiao — after which Pacquiao would announce his retirement — to take the WBA’s ‘super’ world title.

Stanionis (13-0, 9 KOs) most recently took a unanimous decision over Thomas Dulorme in April, no counting his technical no decision with Luis Collazo over the summer due to an accidental clash of heads.