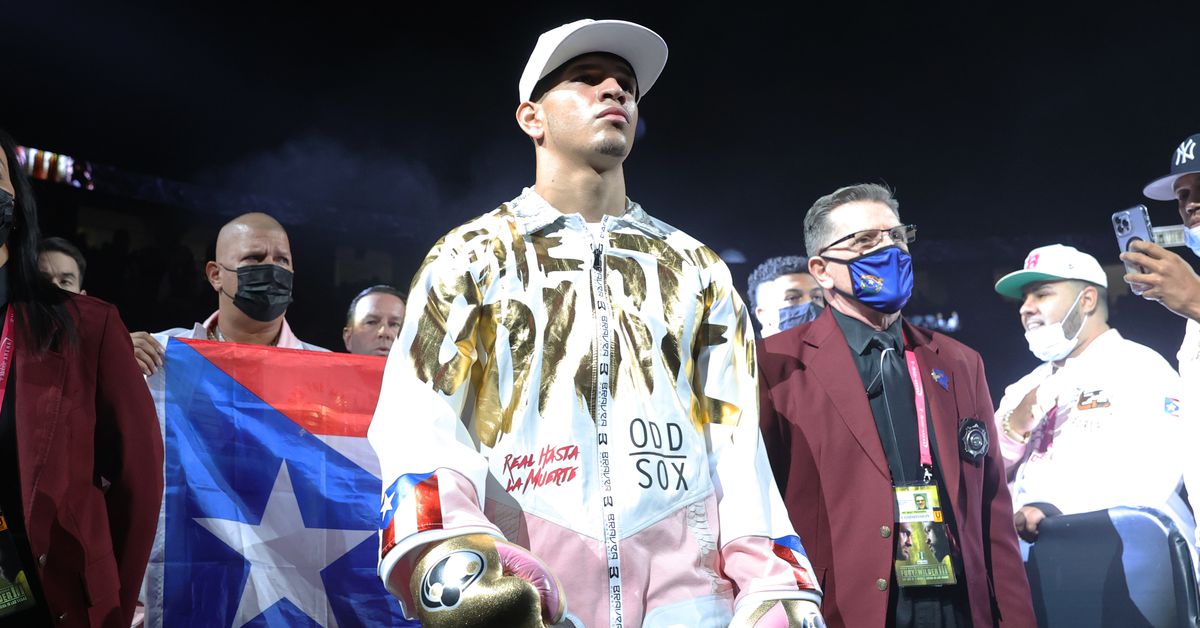 Hard-hitting super middleweight Edgar Berlanga will be out of action for the foreseeable future as the prospect just underwent surgery to repair a torn biceps in his left arm, which is expected to keep him sidelined for at least the next three months as his manager, Keith Connolly, tells ESPN.

Berlanga injured his arm during the third round of his fight against Marcelo Esteban Coceres earlier this month in a fight that seemed to really test the rising star. Berlanga would ultimately win that fight on points, but not without suffering this setback.

“When it tore, it recoiled all the way to the top of the biceps, which is highly unusual,” Connolly said. “It wrapped up into a ball. The surgery was supposed to last an hour. It took 2.5 hours.”

Berlanga was expected to make his return this December on the undercard of Vasiliy Lomachenko vs Richard Commey, but that obviously won’t be the case now, as he’s now being targeted for a March 2022 bout in Puerto Rico.