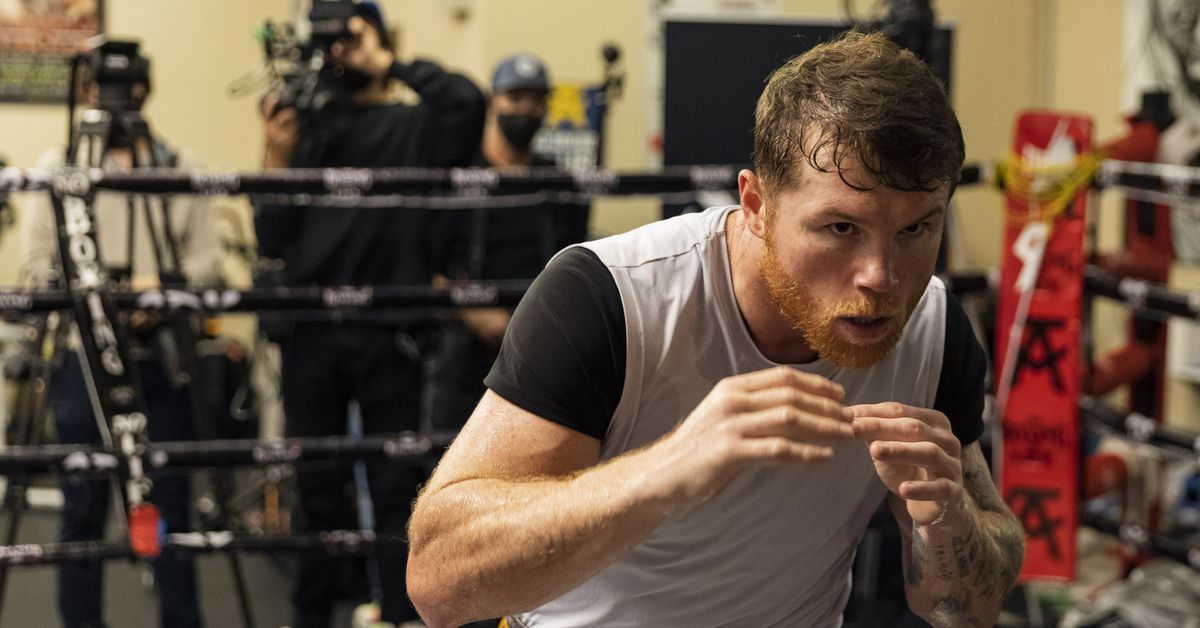 Canelo Alvarez is just a couple of weeks and change away from his return, as he faces Caleb Plant to crown the first-ever four-belt undisputed super middleweight champion in boxing history.

Alvarez, 31, is a heavy betting favorite, and believes as many do that his experience in fights of this level will be a big benefit.

“I’ve been in the ring for huge fights like this a lot of times. For him, it’s going to be a challenge being in there for a fight of this magnitude for the first time. He’s going to have to control his emotions,” Canelo said at his media workout on Wednesday.

“Caleb is a good boxer, he has a good jab and he moves very well,” he said. “But it’s nothing I haven’t seen before. I’m just going to use my skills and experience to win the fight.”

Speaking about their big press conference dust-up, where Plant left with a scratch on his cheek and was very emotionally charged — but also drew rare public fire out of Canelo — the Mexican superstar said he’s not concerned about it now.

“I delivered the message I had to at our press conference. I don’t have to say anything else to Plant. I’m just going to prepare to face him in the ring,” he said. “I’ve never been involved in anything like what happened at the first press conference between me and Caleb. Whether it sells the fight or not, the most important thing for me is to become undisputed.”

He’s staying the course with his prediction though.

“I’m sticking with my prediction of a knockout before round eight. The first couple of rounds will be difficult, but as the fight progresses, I am going to be able to get him out of there.”