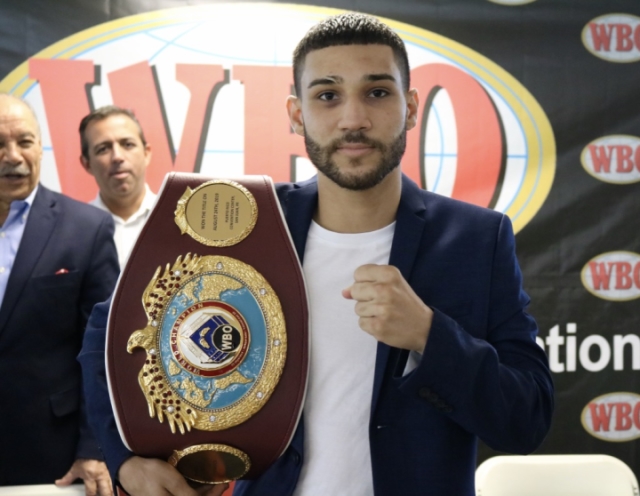 A title fight in boxing’s smallest weight division has proven to a tough sell.

The ordered WBO strawweight title fight between defending champion Wilfredo ‘Bimbito’ Mendez and mandatory challenger Masataka Taniguchi is still in search of a promoter. A purse bid hearing held Wednesday evening at WBO headquarters in San Juan came and went without anyone bidding on the fight, prompting the sanctioning body to take drastic measures.

The previous session carried a minimum limit of $80,000, with no offers received in person or via mail. Only two promoters were present for the session—Raul Pastrana of Spartan Boxing, who promotes Mendez; and Joe Koizumi on behalf of Watanabe Promotions, Taniguchi’s career-long promoter. Neither submitted a bid for the fight, which was ordered October 7 and given a ten-day negotiation window for the two sides to reach a deal.

In the event that the second purse bid session produces a willing taker, the winning amount will be split 75-25 in favor of Mendez as the defending titlist. The split could expand to 80-20 should the fight take place in Taniguchi’s home country of Japan.

The promoter will have five days from the time of the purse bid to provide finalized contracts to the WBO, complete with date and location for the event. The fight must take place no later than 90 days from October 27 but no earlier than 45 days from the purse bid hearing.

Taniguchi (14-3, 9KOs) makes his second attempt at a major title, having come up short in a twelve-round decision to Vic Saludar in their February 2019 WBO title fight at Korakuen Hall in Tokyo. The 27-year-old southpaw has since won three straight, including a fifth-round stoppage of countryman Tatsuro Nakashuma this past June also at Korakuen Hall where he appeared for the fourth consecutive time.

Mendez (16-1, 6KOs) dethroned Saludar in August 2019, having made just two title defenses. The red-hot southpaw from Trujillo Alto, Puerto Rico—who turns 27 in November—is riding a seven-fight win streak, though having been out of the ring since a ninth-round stoppage of Gabriel Mendoza in his most recent title defense last February on the road in Panama City.

he inactivity has been due to a combination of the pandemic and opponents falling through at inopportune times. A scheduled title defense this past August fell apart mere days before their fight when Nicaragua’s Carlos Buitrago abruptly withdrew due to dehydration and difficulty in scaling down to the strawweight limit.

Mendez is just one of three fighters from Puerto Rico to currently hold a major title. Prior to this past Saturday, the only other person on the list was record-setting seven-division titlist Amanda Serrano, one of the greatest female fighters in history and the reigning WBC/WBO/IBO featherweight queen. They were recently joined by Jonathan ‘Bomba’ Gonzalez, who dethroned Elwin Soto to win the WBO junior flyweight title October 16 in Fresno, California.