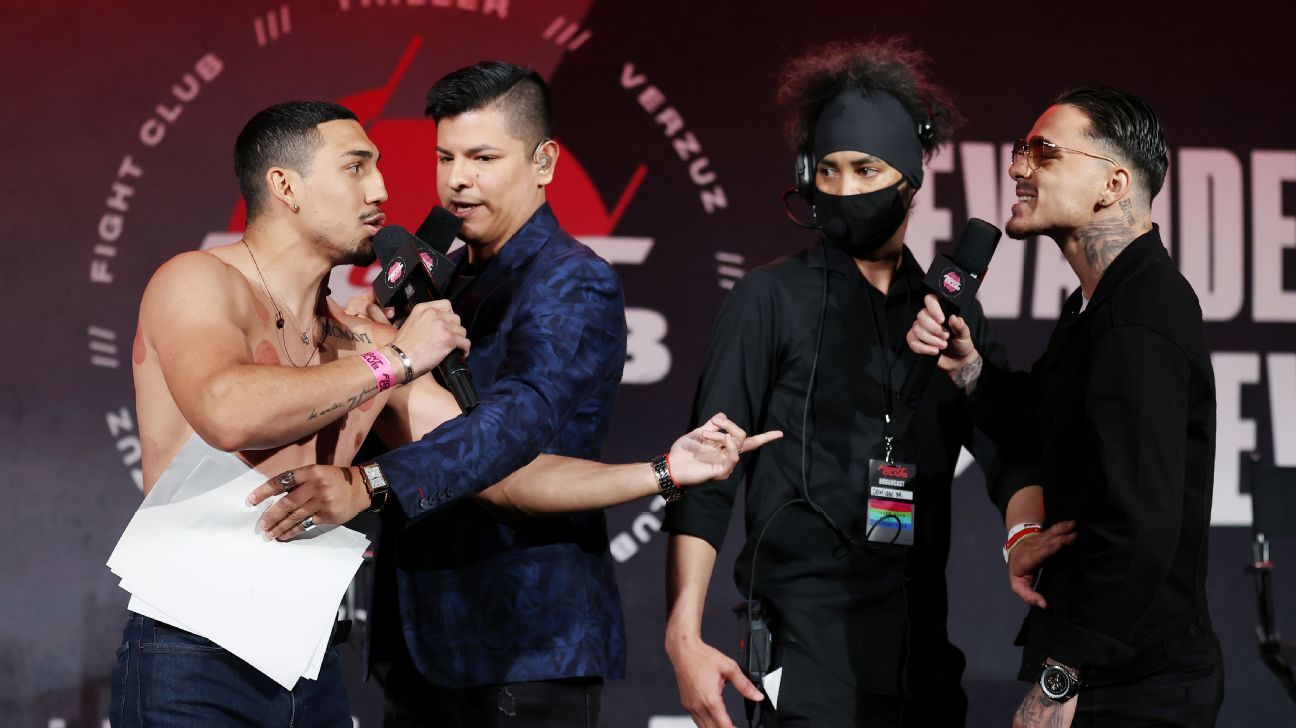 The snakebitten lightweight championship fight between Teofimo Lopez and George Kambosos is now set for Nov. 27 at New York’s Hulu Theater at MSG, multiple sources told ESPN on Wednesday, a bout that will be streamed on DAZN.

This is the ninth new date for the fight, which was originally slated for May 29, then June 5 before being set for June 19 in Miami. After Lopez tested positive for COVID-19 the week of the fight, a battle between Triller, which won the rights to the match in February with a bid of $6.018 million, and the fighters’ teams ensued over the new date and location.

Earlier this month, the IBF found Triller in default after another attempted date change and awarded the rights to the bout to Eddie Hearn’s Matchroom Boxing, which bid $3,506,000. Top Rank, Lopez’s longtime promoter, came in third with $2,315,000.

Lopez (16-0, 12 KOs) hasn’t fought since a career-best performance in October 2020, a decision victory over pound-for-pound great Vasiliy Lomachenko to capture all four belts at 135 pounds. The 24-year-old Brooklyn native is ESPN’s No. 1 lightweight and No. 6 pound-for-pound boxer.

The fight with Kambosos (19-0, 10 KOs) was moved from June 5 to June 19 after the Floyd Mayweather-Logan Paul event landed on June 6. Days before the bout, Lopez tested positive for COVID and the fight was postponed again. This set off a string of date changes, disputes and legal letters as Triller sought to collect the money it says it lost on the June 19 event that was canceled at the last minute.

After announcing a rescheduled date of Aug. 14, Triller then sought to stage the fight on Oct. 17 in Sydney, Kambosos’ hometown. Lopez balked and the IBF ruled that Triller couldn’t hold the fight in a place that requires quarantine. The New Jersey-based organization also gave Triller a deadline of Oct. 17 to hold the fight.

Lopez and Kambosos signed contracts — filed with the IBF and the New York State Athletic Commission — for a fight to take place Oct. 4 at Hulu Theater. Triller subsequently sought to move the event to Oct. 16 at Brooklyn’s Barclays Center, saying it didn’t want to compete with Monday Night Football. The NFL schedule was released in May.

Lopez won’t fight on Triller at all now, but on DAZN. Following the bout with Kambosos, 28, Lopez will return to ESPN programming. He settled his dispute with Top Rank in June and signed a restructured contract that will see him featured on ESPN+ PPV.

Teofimo Lopez Sr., who trains his son, told ESPN the title defense against Kambosos, ESPN’s No. 9 lightweight, could be his son’s final fight at 135 pounds. That was prior to Saturday, when father and son engaged in a heated spat in Fresno, California, with Devin Haney and his father, Bill Haney. They were in attendance for Hearn’s event headlined by Mikey Garcia-Sandor Martin.

Ever since the WBC created the franchise title in 2019, and thus, confusion with the championship picture, tension has existed between Lopez and Haney. Haney is the WBC’s lightweight champion, but so too is Lopez, who owns all four world titles and is recognized as the undisputed champion at 135 pounds.

A Lopez-Haney fight would represent one of the sport’s marquee events, but Lopez could also pursue a spring fight with Josh Taylor, the undisputed 140-pound champion.

‘You only fight him because you have to’: Why nobody wants to get into the ring with light heavyweight champion Artur Beterbiev
TENSE!! Chris Eubank Jr. vs Liam Smith • FACE OFF IN MANCHESTER | Sky Sports Boxing
Sources: Joshua-Franklin close for April 1 at O2
Francis vs Saracho: Live updates and results, 8 pm ET
Photos: Richard Riakporhe Blasts Out Krzysztof Glowacki in Four