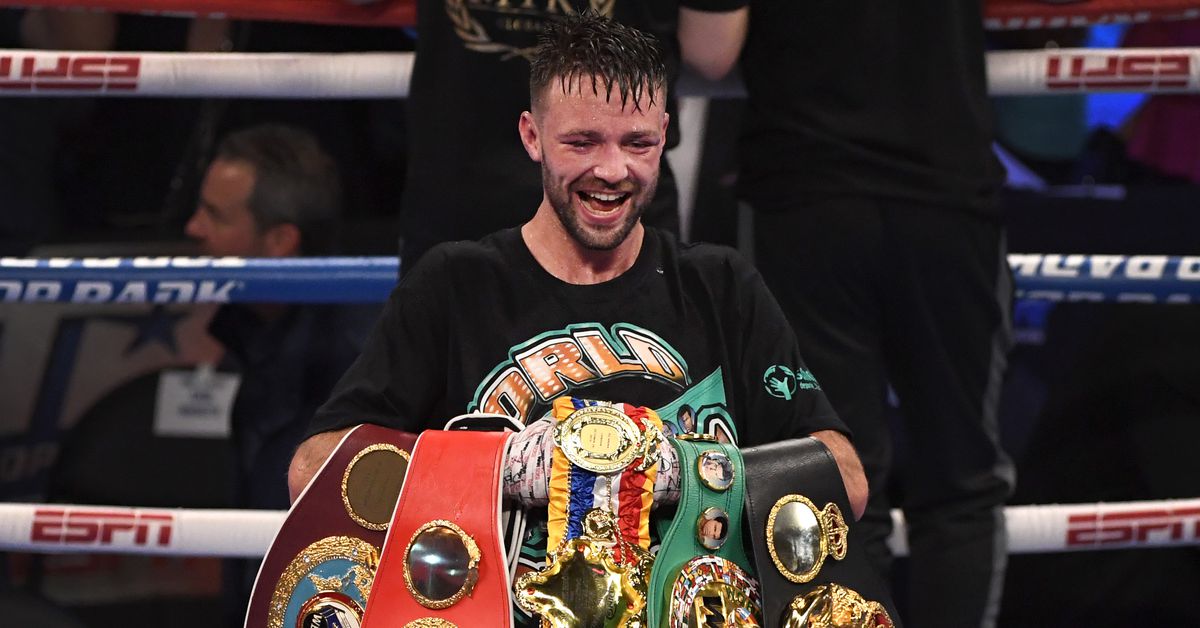 In what seems like a string of bad news lately, Josh Taylor’s scheduled December 18 title defense against Jack Catterall has been pushed to early 2022 after Taylor suffered a knee injury in training. ESPN reports that Top Rank now plans to hold the fight on February 26.

“I’m gutted I won’t be able to defend my title on Dec. 18 as originally planned, but I wanted to make sure I was 100% healthy to give my incredible fans the show they deserve,” Taylor (18-0, 13 KOs) said in a prepared statement. “This homecoming has been a long time in the making, and it will be worth the wait.”

Taylor (18-0, 13 KOs) will be making his first appearance in the ring since he became undisputed junior lightweight champion, clearly beating Jose Ramirez in their unification match. Taylor, 30, wasn’t necessarily expected to have as much difficulty with Catterall as with Ramirez or Regis Prograis, but holding onto four major titles means obligations, and Catterall is currently in line as the WBO mandatory challenger.

Catterall (26-0, 13 KOs) certainly expresses some frustration with this news, but says he’ll attempt to turn that frustration into motivation as he continues to prepare for the rescheduled fight date.