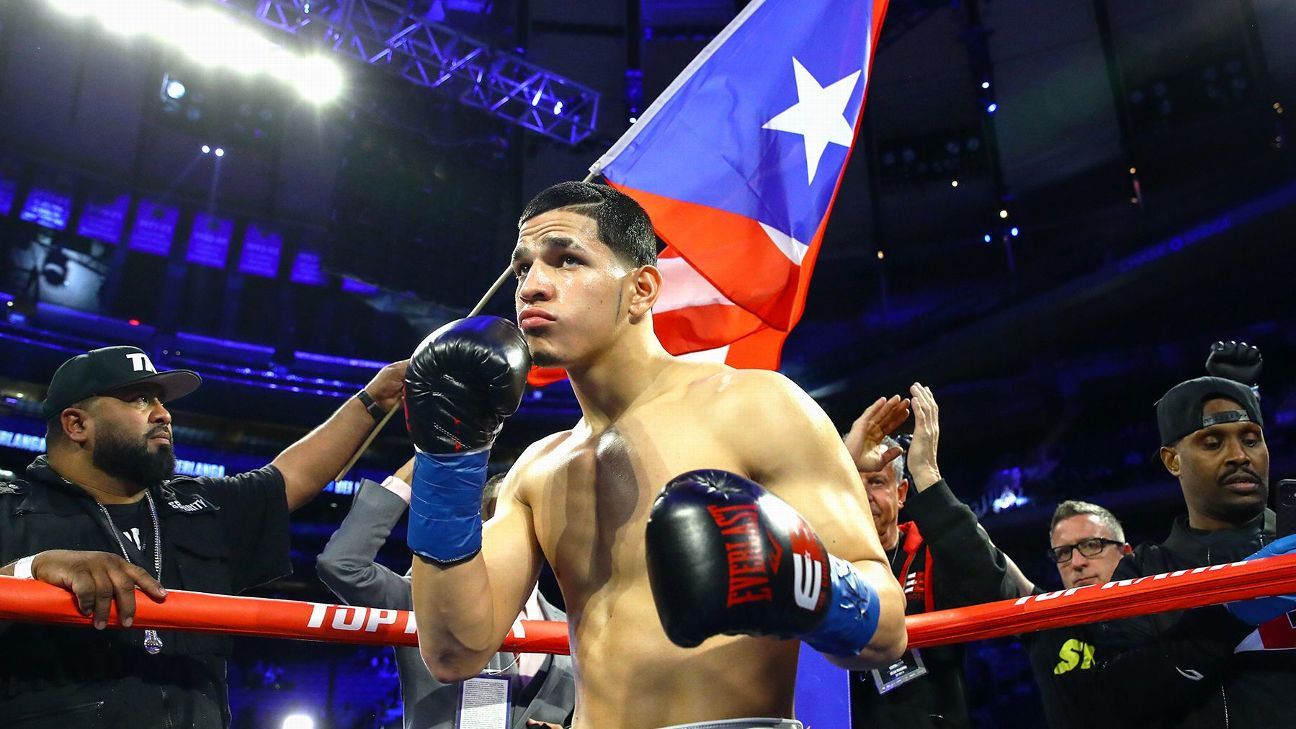 The 24-year-old, who scored 16 first-round KOs in his first 16 fights, suffered the injury in the third round of his decision victory over Marcelo Esteban Coceres earlier this month, Connolly said. Berlanga (18-0, 16 KOs) struggled in the 168-pound bout — his first that lasted the 10-round distance — and was knocked down in Round 9.

“When it tore, it recoiled all the way to the top of the biceps, which is highly unusual,” Connolly said. “It wrapped up into a ball. The surgery was supposed to last an hour. It took 2.5 hours.”

The Brooklyn native was slated to fight Dec. 11 in New York against Steve Rolls in the ESPN co-feature to Vasiliy Lomachenko-Richard Commey. Instead, he’ll now eye a March return in Puerto Rico.

The victory over Coceres was Berlanga’s second consecutive fight that extended the distance. His April decision win over Demond Nicholson — he scored four knockdowns — was his first time hearing the bell to signal the start of Round 2.