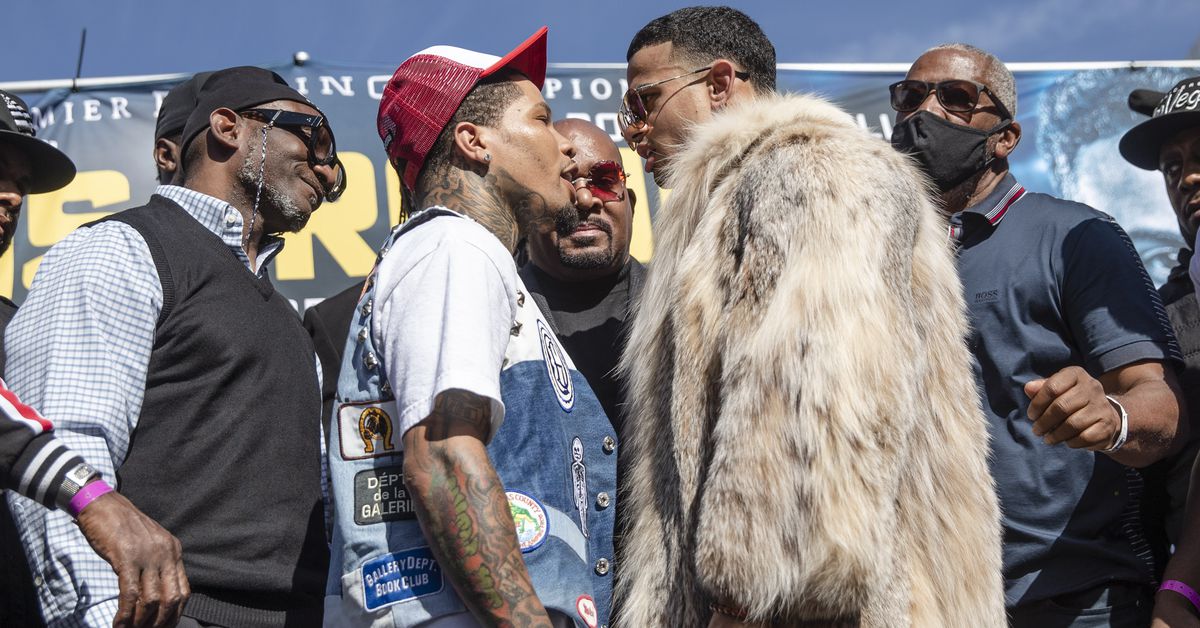 Gervonta “Tank” Davis and Rolando Romero are set for a Dec. 5 Showtime pay-per-view main event in a 12-round lightweight fight, and the two met up on Thursday to officially announce the event at a press conference.

Their roles, if you will, at the press conference represented where they are in their careers. Romero is talking big and promising to break through, while Davis took the part of an established young star who expects to win.

“Everyone’s going to see, I’m going to knock Gervonta the fuck out. I hope you hear that,” Romero said. “I’ve been calling Tank out since 2017. We were supposed to spar in 2018 and he didn’t show up to the gym. He did that twice because he knew he was getting beat. You’re getting knocked out.”

Romero questioned both Davis’ defensive abilities and his toughness.

“He’s got such a big head, it’s going to be hard to miss it. He gets touched up by every opponent he faces. Leo Santa Cruz was beating him up and Barrios was getting to him too,” he said. “He wants to run out of the ring whenever he gets hit. It happens in sparring and in the amateurs. I was the one who had to force this fight, because I’ve seen for years that he’s a chump. He’s made a career out of beating up 126 lbers.”

Davis, meanwhile, questioned Romero’s skills and whether or not he can handle a step up in class.

“They only talk about his power, but this is boxing. His skills are not up to par with mine,” Davis said. “He can’t even talk about power, because everyone knows I’m bringing it. You can shoot bullets, but how are you going to defend yourself when the bullets are shot back?

“He’s been talking for a long time. He’s trying to sell a fight, but I’m going to show him that he’s a chump. I’m not here to talk, I’m here to fight. I don’t take this personally. To me, this isn’t beef, this is business.”

“He doesn’t know half the stuff that I’ve seen and been through. I’m here to knock him out in the ring. He’s arrogant and tries to act like he’s tough, but I’m knocking him out,” Romero said. “Manny Pacquiao has an awkward style too, and look at everything he’s accomplished. Just because I fight differently, does that mean I don’t have skills? I have my own skills and they’ve gotten me this far.”

“His trainer isn’t working on anything but power. They aren’t working on any skills. He hasn’t fought anybody like me and he’s going to see the difference,” Davis said. “I’ve never once turned down any fight. I’m not scared of anybody. I’m going to fight everybody. I’ll fight a heavyweight. This is nothing to me. I’ve survived a lot of stuff.

“He’s supposed to come here and sell the fight. I’m supposed to win. I’d rather punish him for 12 rounds than knock him out quick. Part of me wants to humble him, but the most important thing to do is just go out there and get the job done.”