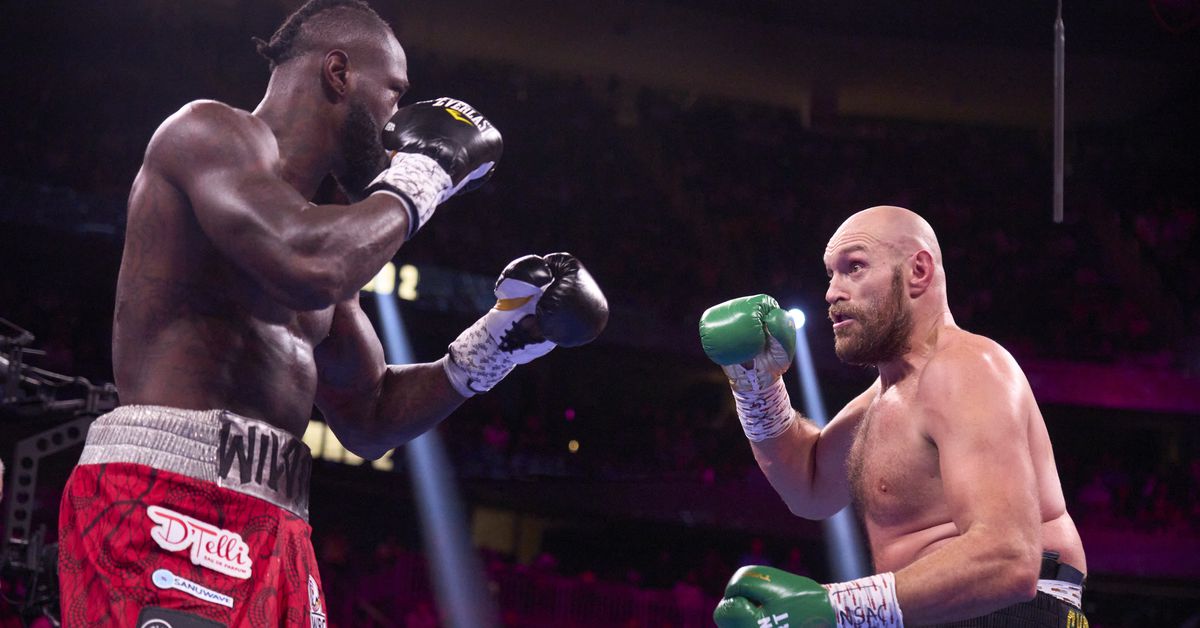 WBC heavyweight champion Tyson Fury just took to Twitter to wish former titleholder and heavyweight rival Deontay Wilder a happy birthday. No, there’s no sarcasm or baiting going on here, just Fury trying to be a classy fellow with his saga with Wilder officially over.

“This is a very special happy birthday message to my ol’ mate Deontay ‘The Bronze Bomber’ Wilder,” Fury says. “Have a fantastic day, Wilder. Thank you for the great fights that we had, the trilogy — great fighter, awesome fighter, and I hope you have a fantastic day with you and your family, and I hope God blesses you abundantly. All the best, lots of love from your ol’ pal ‘The Gypsy King.’”

This is certainly a classy move from Fury considering that Wilder was still unwilling to settle their dispute following Fury’s knockout win in their third meeting. Hopefully once the dust all finally settles the two combatants can look back on their rivalry as a great moment in boxing history.