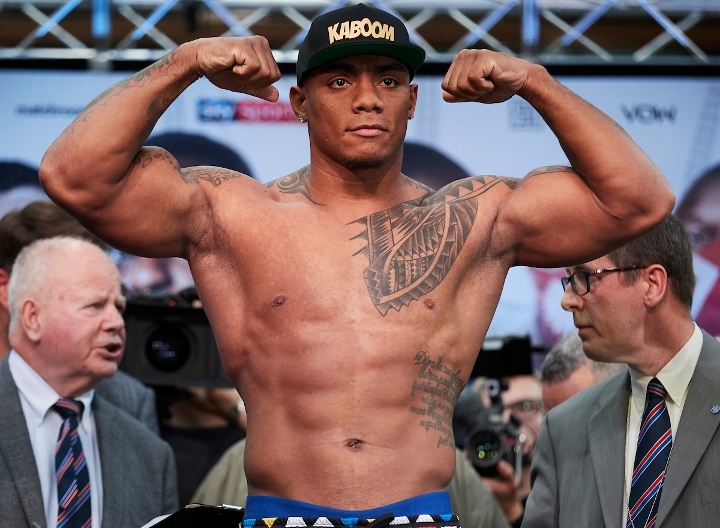 Boxing’s eighteenth weight division has its first ever world champion.

The bout crowns the first champion in the WBC-exclusive 224-pound weight division which was formed last December.

Rozicki took the fight on barely three weeks’ notice, replacing Philadelphia’s Bryant Jennings who was uncomfortable with Canada’s 14-day quarantine policy for unvaccinated visitors in withdrawing from the historic bout. The decision by Rozicki to accept the fight meant moving up from cruiserweight, though it wasn’t a drastic move up the scale. Rozicki weighed 203 pounds, a career heaviest though only by 2 ¼ pounds as he weighed 200 ¾ for his pro debut five years ago nearly to the day.

Rivas weighed 222 ¼ for the occasion, slightly heavier than his career-lightest 221 ¼ pounds just seven months ago as he began his transformation from heavyweight contender to aspiring bridgerweight king at 34 years of age and more than 12 years into his pro career.

The 2008 Colombia Olympian—now based in Montreal—jumped out to an explosive start, going forehead to forehead with Rozicki and asserting himself at close quarters. Rivas landed a right hand and left hook to rock his unbeaten foe late in the frame, continuing to apply heavy pressure in round two.

Rozicki did his best to weather the storm, to the point of watching Rivas gasp for air throughout a competitive round three. The 26-year-old from Nova Scotia enjoyed success with overhand rights, which Rivas took well but failed to respond with an equalizer for the first time in the fight.

The same pattern held true in round four, with Rozicki taking the lead and Rivas in search of a second wind.

Rivas resumed control of the fight at the midway point, appearing to have survived the best that Rozicki had to offer. Rivas worked the body, landing left hooks downstairs and the coming back up top with chopping right hands.

Rozicki saw the seventh round of a fight for the first time in his career, having been a knockout every time out and doing so in six rounds or less prior to Friday. The sight of uncharted territory was not of concern to Rozicki, who described himself pre-fight as a modern-day Jack Dempsey and who made his presence felt with a jackhammer of a right hand while fighting through a bloody nose.

Rivas spent most of the second half of the fight working the jab and attempting to box from the outside. It didn’t always work, though enough straight shots made their way down the middle to cause Rozicki’s already busted nose to leak blood.

Rozicki never stopped coming forward, though it was nearly his undoing in round eleven. Rivas spent the earlier portion of the frame fighting largely behind his jab before going on the attack in the final minute. An overhand right snapped back the head of Rozicki, as did a left hook and right uppercut. Rozicki pitched forward but never left his feet and even managed a right hand in between incoming power punches.

Rivas built up a sizeable enough lead to where a point deduction in round twelve couldn’t deny his place in history. Rozicki did his best to pull victory from the jaws of defeat, as well as extend his perfect knockout-to-win streak through 13 pro fights but ultimately ran out of time. It was a brave showing for the career cruiserweight, whose record moves to 13-1 (13KOs) but who undoubtedly gained fans with his performance.

Rivas improves to 28-1 (19KOs) with the win, his second straight since a twelve-round points loss to Dillian Whyte more than two years ago on the road in London, England. Rivas was among the first to raise his hand when the WBC began discussion last summer of creating the bridgerweight division and was all the way invested upon its official launch.

It is only fitting that he serves as the divisional ambassador, surviving a hellacious slugfest to become the first to claim the crown.

The last time Tommy Fury saw Jake Paul… | #shorts
Tyson Fury: Tommy has to take Jake Paul “really seriously”
Yesterday’s Heroes: Alan Minter at the Olympics
Artur Beterbiev-Oleksandr Usyk? Beterbiev Doesn’t Think It’s Out Of The Question
Showtime will be absorbed into Paramount+, so what could that mean for boxing?